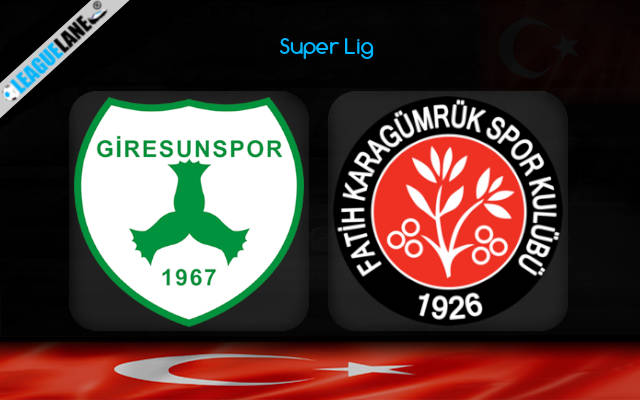 This Sunday, Giresunspor faces Faith Karagumruk in game week 15 of Super Lig. Giresunspor will host the match at their stadium, Cotanak Stadyumu.

Faith Karagumruk stand 7th in the table with 22 points. Their last match in the league was against the 1st positioned team in the league, Trabzonspor, which ended in 2-0 FT score. However, out of 14 total matches, they have 6 wins, 4 draws and 4 losses.

Giresunspor’s performance in the beginning of the season was not satisfactory but they have improved in the last matches and they secured 4 wins from last 7 matches only. They have scored 12 goals and conceded the same number of goals in Super Lig this season.

From 7 matches in their home ground, they have won 2 matches, 2 ended in draw, and lost 3 matches. Their last home match was against Yeni Malatyaspor which ended in a win with 1-0 FT score after Fousseni Diabate scored a penalty in the 70′-minute.

As for Faith Karagumruk, they are performing well this season, they won their last match in Turkish Cup with 2-0 FT score.

From 7 away matches, Karagumruk has won 3 matches and failed to score in only 3 of the away matches. They have scored 21 goals in the league and 9 goals were scored in these away matches.