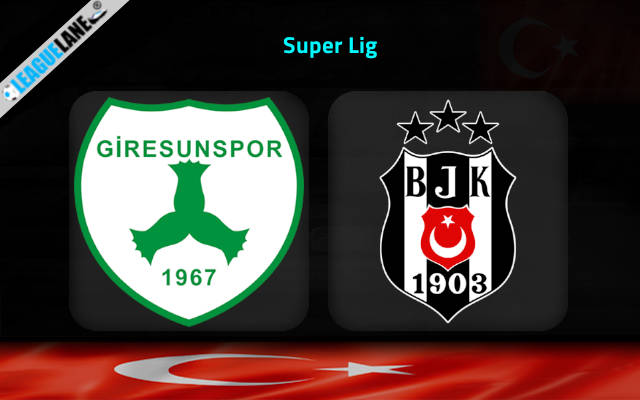 Both Besiktas and Giresunspor are winless in their last two consecutive league outings respectively. They will both play against each other this weekend at Cotanak Stadyumu.

The host are just four points above the relegation zone this season. In their most recent outing, they had to settle for a 1-1 draw against Alanyaspor. In that game, Gorkem Saglam scored a penalty in the 65th minute of the game.

Also, Serginho received a red card within the opening four minutes of that game. The team have won eight points out of a possible twenty-one so far this season.

On the other hand, the visitors are just three points from reaching the top of the table. In their most recent game, they had to settle for a goalless draw against Fenerbahce. The team is currently on a three-game winless streak.

It is worth knowing that the visitors have lost only a single game this season.

The host have scored only six goals so far in the league this season. Manager Hakan Keleş is concerned about his team as they have only managed to score twice in their last five matches.

Do also note that the host are scoring goals at the rate of 1.29 goals per game this season. However, they only managed to score a single goal last month.

Our prediction is that Giresunspor will win – at 4.00 odd. This is after considering that both the host are unbeaten in this fixture. Moreover, they managed to win this fixture by a four-goal margin last year.

Our second tip for this game is that Giresunspor will keep a clean sheet – at 5.00 odd. The host have kept a clean sheet in the last two meetings against this side.