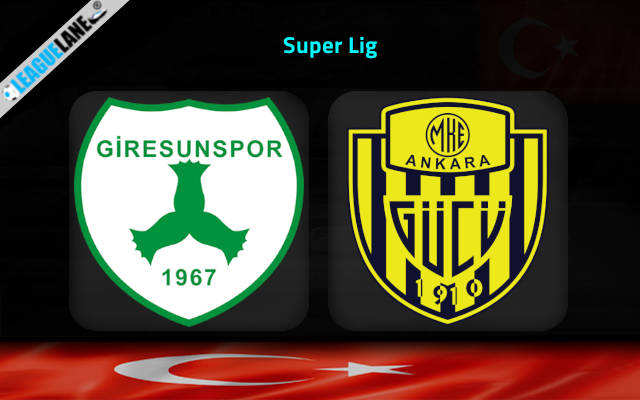 Ankaragucu will be visiting Cotanak Stadyumu on Monday for the Super Lig fixture with home side Giresunspor.

Giresunspor doesn’t own any impressive stats currently. They are winless in the last six games. Their defensive side have had a lot of lapses of late.

But none of these stats will affect their chances of winning the next fixture. Because they are going to face Ankaragucu who is currently in the danger zone.

Meanwhile, Ankaragucu have returned back to the top flight after delivering an exceptional performance in the past 1. Lig season.

They earned the top flight promotion by claiming the second division title. However, they had a dismal start to this season. It took 6 games for them to seal their maiden win upon returning to the elite class of the Turkish topflight.

They have two wins so far this season. Both of those victories were against teams below the top half of the standings, close to the danger zone.

They do not have the potential to beat their counterparts on Monday, who are currently ranked 14th in the table. Therefore, expect a pleasant day for the local supporters when these two lock horns at Cotanak Stadyumu.

The Cotanaklar head into this fixture having lost their last two home matches. But their opponents in those two games were two of the most in-form teams in the league at the moment.

On the other side, Ankaragucu lost 4-1 to Karagumruk, who are near to Giresunspor’s position in the standings. In addition, their only away victory came against Istanbulspor, who are very near to the relegation zone.

For all these reasons, expect a victory for the home side Giresunspor on Monday.