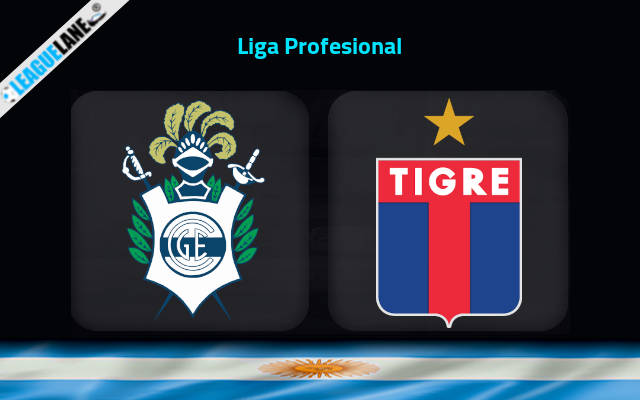 Gimnasia are one of the best teams in the Argentine top flight, and are currently in possession of the second spot in the table. They have the best defense in the league, and are easily the favorites this weekend to deliver a win against the rather inconsistent Tigre.

Tigre are placed 12th in the table as of now, and they managed just six wins all through the campaign. They also secured only two wins away from home so far, and let in goals in in such matches all through this tournament.

Meanwhile, Gimnasia posted the most number of points on the board from home fixtures, and they are also one of the three teams to still remain unbeaten at home in the league. In fact, they have a 100% winning record, barring just two draws.

Moreover, they also have a dominant h2h record against this rival over the years, and particularly so at this venue.

For these reasons, expect a win for Gimnasia this weekend at their home.

Gimnasia were unbeaten in nine of their previous twelve overall fixtures, and in the process they went on a three-game winning streak. They scored two or more goals in two of their former four overall matches.

Moreover, they remained invincible in 13 of their past 14 overall games, and in the process they managed to deliver 11 wins. They also went on a seven-fixture winning stretch during this period.

On the other hand, Tigre were winless in eight of their preceding eleven overall games, and they failed to keep clean sheets in their past six fixtures in a row.

Do also note that they have a total of just three wins away from home in the past seven months.

Considering these observations, as well as past h2h clashes, expect a win for Gimnasia this Sunday.

Tips for Gimnasia vs Tigre