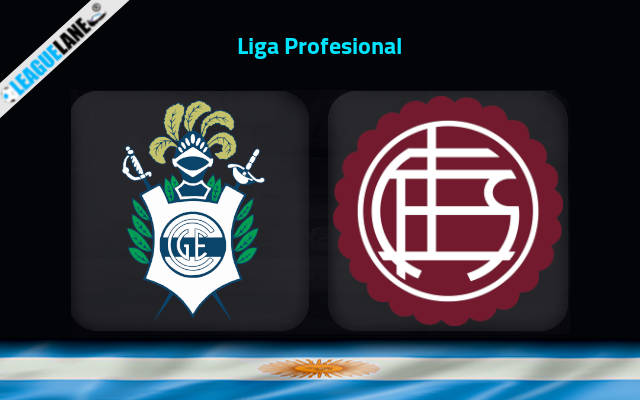 Gameweek 10 of Liga Profesional is set for this weekend as Gimnasia play host to Lanus where both these sides differ by 9 points but are separated by 17 places. These two teams will be seen clashing at Estadio Juan Carmelo Zerillo, this Sunday.

Gimnasia is at the 8th spot on the standing with 15 points from 8 games. They won 4 times in the league while drew thrice and lost on one other occasion. The hosts will need to improve their attack if they’re to get anything out of this game as they have not scored in the last 2 matches coming here.

The hosts head into this game following on from a 0-0 Superliga drawn match over Colon. Gimnasia have been reluctant, with the tally of goals that have gone past their goalkeeper over the course of their previous 6 outings standing just 4.

On the other hand, Lanus resides at the 26th position on the table with a mere 6 points. Of the 9 matches played, they won only once in the league while drew thrice and have lost on 5 other occasions. Their struggles at the defensive end of the pitch has also been another key factor as they have conceded 15 goals so far.

Last time out, the visitors drew 2-2 in the Superliga tie with Velez Sarsfield. Looking at their form, Lanus have been scored against in 5 of their last 6 games, letting opponents get 12 goals in total.

Gimnasia haven’t been defeated in their previous 6 league matches at home. But they lost the last 3 h2hs played at home in a row. The hosts have also kept 3 clean sheets in the last 5 games, conceding 3 goals during this period.

Meanwhile, Lanus are without an away win for the past 8 league games. But they have an impressive track record over this rival. The visitors however have lost the last 5 away games in a row and are not performing well on road this time.

Considering all these factors, we feel that a win for home side is likely to occur this weekend.