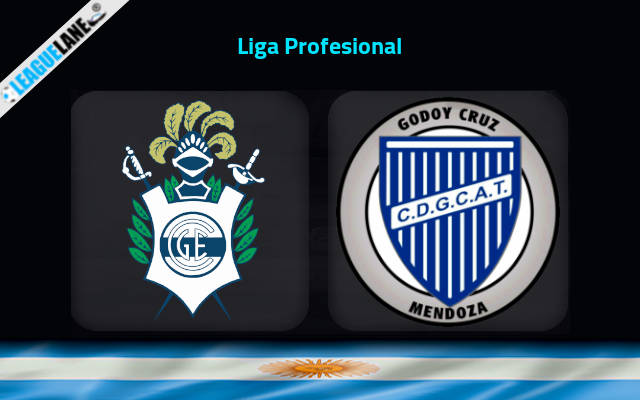 Both Gimnasia and Godoy are counted among the best teams in the Argentine top flight. They have been in good form right from the start of the season this time around and are placed in the top most tier of the table as well.

Gimnasia are placed second in the league table as of now and they have lost just twice all through the campaign. Only the toppers have let in fewer goals than them and along with the top-most placed team, these 2 are the only squads in the whole tournament to have won the last 2 matches in a row.

It also deserves to be mentioned that they have been on a supreme stretch of results at home, and in the process they had also found the back of the net in plenty.

Meanwhile, Godoy are placed fifth in the table as of now, and only once have they lost in the past five match-days. Moreover, even on the road they have managed to find the back of the net in plenty.

Considering these observations, as well as past h2h scorecards, expect a high-scoring affair this weekend.

Gimnasia are unbeaten in 15 of their past 17 overall fixtures and in the process they had gone on separate 4-fixture as well as 5-match winning streaks. Do also note that they had won 8 of their past 9 appearances at home as well.

On the other hand, Godoy were unbeaten in 8 of their previous 9 overall matches and in the process they had even gone on a 4-match winning streak.

Considering these stats, as well as previous head-to-head meetings, expect a high-scoring affair between these 2 squads this Friday.

Tips for Gimnasia vs Godoy Cruz