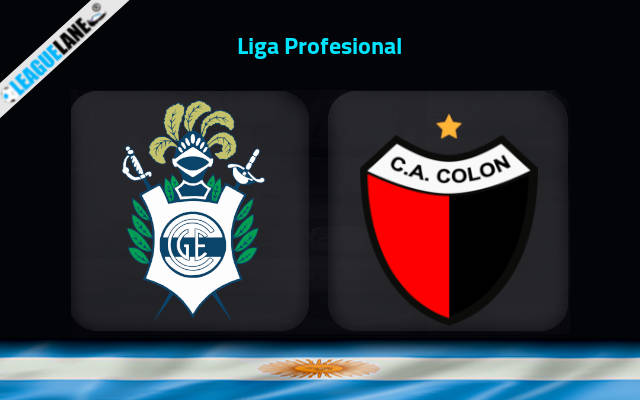 Gameweek 8 of Liga Profesional is set for this weekend as Gimnasia play host to Colon where both these sides differ by 6 points but are separated by 15 places. These two teams will be seen clashing at Estadio Juan Carmelo Zerillo, this Saturday.

Gimnasia is at the 2nd spot on the standing with 14 points from 7 games. They won 4 times in the league while having drawn twice and have lost only once. The hosts need only 2 more points to takeover Newell’s Old Boys for the top spot. They have also a well defined backline but their offense needs to be improved.

The hosts will be hoping to bounce back here after a 2-0 Superliga loss in their previous game against Atletico Tucuman. Gimnasia have been stingy, with the total number of goals that have flown into the back of their net during their past 6 clashes stands just four.

On the other side, Colon resides at the 17th position on the table with 8 points. Of the 7 matches played, they won and drew 2 games each while having lost on thrice other occasions. Things have not been going that well in front of goal for them recently, with the side failing to score in 3 of the last 5 games.

The visitors come into this match following on from a 2-1 win over Velez Sarsfield in their most recent fixture. Looking at their form, and Colon have been scored against in all of their last 6 matches, conceding 7 goals overall.

Gimnasia won all of their 3 home matches played so far in Liga Profesional, netting 6 goals overall. They even remain undefeated in their previous 5 home league matches. Moreover, the hosts won the last 3 h2h home matches in succession.

Meanwhile, Colon have not won away from home in their last 5 league matches. They are yet to win an away game in Liga Profesional this season, losing twice and drawing once so far.

By the looks of things, expect a victory for Gimnasia this Saturday.