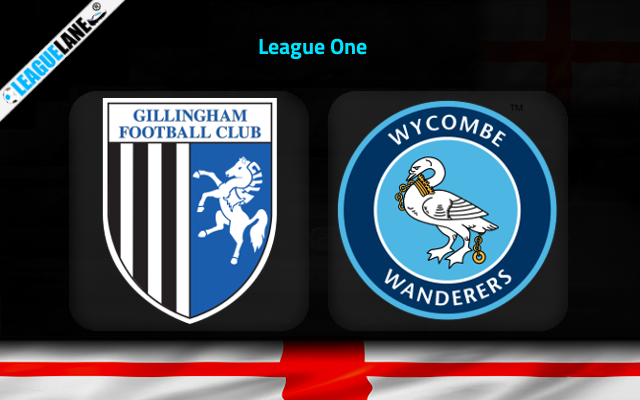 Wycombe have managed to enter the safe zone after recording excellent displays in their recent league fixtures. They are having a good form in the league of late. They will be hoping to climb up a couple of positions on the table to secure themselves.

Wycombe were last seen delivering a 1-4 winning effort against Cambridge United on road in a League One fixture. With that win, they are now following a thread of seven subsequent unbeaten games in the league.

Meanwhile, Gillingham are not pulling up any trees since the beginning of this season. They are pushed down to sit inside the relegation zone due to their poor performance in the league. They are currently occupying 21st position with a total of 37 points.

Gillingham were on the back of two good looking outcomes in the league before recording a 1-0 defeat on road against Sunderland in their most recent fixture. They will be hoping to bounce back from that defeat in the previous match.

When looking at the past 10 home fixtures of Gillingham, we can see them remaining winless in 8 of those. They have recorded a negative display in 5 of those 8 winless matches leaking two or more goals.

On the other side, Wycombe have been recording decent displays on road of late. They are unbeaten in 7 of the past 10 on road league fixtures. They will be having enough of spirits to face the hosting Gillingham at Priestfield Stadium on Saturday.

Analyzing all the above stats, we back the in form Wycombe to seal a win from this fixture when the referee blows the final.