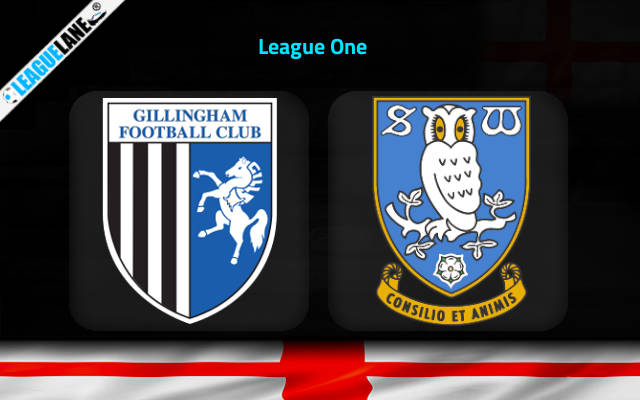 Things have not been going that well in front of goal for Gillingham recently, with the side being highly inconsistent, as they won and lost in back to back manner. They are also battling relegation while they are level on points with Wombles and Fleetwood.

Sheffield Wednesday are unbeaten in 5 of their last 6 competitions across all venues and are at the brink of landing into the Play Offs. The Owls hopes to take all 3 points from the struggling hosts as they travel down to Priestfield Stadium this weekend.

The Owls are at the 7th spot on the standing with 65 points from 37 games. They won 18 times in the league while drawing on 11 and losing on 8 other occasions. They scored 60 in total while conceding a sum of 41 thus far.

In their last fixture, Sheffield Wednesday drew 1-1 in the League One tie with Accrington Stanley. It’s possible we will see a couple of goals here, with the last 7 games for them saw 2 goals or more being scored.

On the other hand, The Gills resides at the 21st position on the table with only 33 points. Of the 38 matches played, they won only 7 games while drawing 12 times and losing on 19 other occasions.

Gillingham suffered a 1-0 league loss in their previous game against Charlton Athletic. They had fired blanks in 15 games this season which is 39% of games where they have not been able to find the back of the net.

Previous matches between the two had averaged 2 goals while BTTS has happened on all of the time. We envisage a win for the the away side as, the hosts haven’t won at home in the past 3 league games. Also, the Owls are above average on away fixtures.