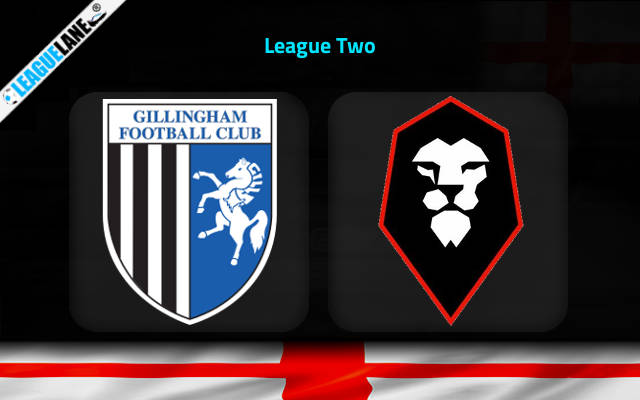 Gillingham have hit rock bottom this season, they have only picked two victories till now. They will face Salford City who are going through a rough form at Priestfield Stadium.

The team led by Neil Harris have picked up a crucial point when they held Crawley Town in a goalless draw. This result brought relief to Neil Harris as it finally ended his team’s four-game losing streak.

It is worth knowing that they have performed well in the FA Cup matches this month. However, they have an abysmal form in the league.

On the other hand, Salford suffered a heavy 4-1 defeat against Carlisle most recently. The team completely fell apart in the second half as Carlisle scored three goals after the one-hour mark.

Presently, they are at the ninth position on the league. They are on a four-game winless run in the league. This downfall have halted their progress into the top four.

Another interesting fact is that both teams are separated by fourteen points ahead of this fixture.

Despite being at the bottom half of the table, the host have a decent record at Priestfield Stadium. They have only lost once in their last seven home matches in all competitions.

You can back the following, as our first prediction is that Salford City will win by 2-1 – at 10.00 odd. It is important to understand that the point separation between these two teams is fourteen. This shows how the host have been lacklustre since the beginning of this campaign.

Moreover, our next tip for this game is that Both teams to score – at 2.00 odd. The host have scored in three of their last four home fixtures. Also, Matt Smith scored a goal for the visitors in their most recent outing.