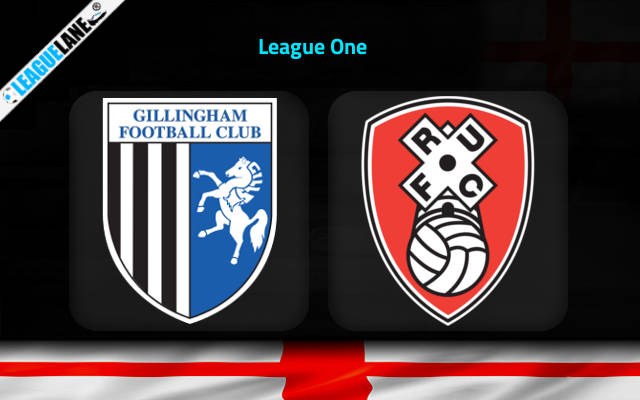 Gillingham has played poorly in their matches this season. This performance has placed the team in the bottom half of the league table as the first team on the relegation zone. They still have a chance to avoid relegation if they secure a win in the upcoming match. The team currently has got 40 points from their matches.

Gillingham played their last match against Portsmouth. Portsmouth scored three goals in the match while Gillingham could score only one. The match ended in a loss for Gillingham with 3-1 FT score.

Rotherham may have shown a bit of hiccup with their performance in their recent matches. However, the team can get back in form at any time to secure a win in their match. With their current position as the second team on the table, the team has the opportunity to get promoted to Championship.

Rotherham played their last match against Sunderland. Both teams scored one goal each, ending the match in a draw with 1-1 FT score.

Gillingham will have a hard time when they play against Rotherham in their next match. At the moment, Rotherham is unbeaten in the last two matches and will look to secure the win in this match to stay at the top of the table at the end of the season.

Gillingham’s recent home matches show the team in a poor form in their recent matches. They are winless in six consecutive matches. Rotherham’s away matches have not achieved the results the team had hoped for. They are on a clod streak at the moment, which has lasted for over five matches.

Comparing both teams, the match will most likely end in a win for Rotherham. With both teams on tendency to score, we can expect both teams to score in the match, ending the match with over 2.5 goals.