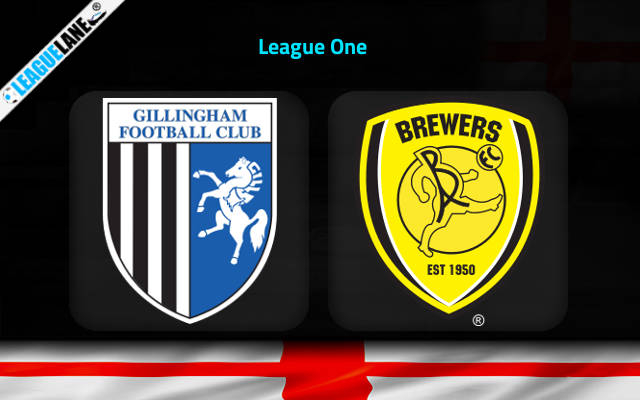 The Gills are at the bottom third of the table currently battling against relegation to League Two. They lost 6 of the last 7 league fixtures and differs 14 points with Burton.

The visitors are a mid table contender who gained momentum after their 2 consecutive league losses.

With a victory in mind, the guests take a road trip this Saturday to Priestfield Stadium to take on the struggling home side.

The Gills is at the 22nd spot on the standing with only 18 points from 24 games. They won only thrice in the league while drawing on 9 and losing on a dozen other occasions. They have scored 18 in total while conceding a sum of 38 which shows their terrible defensive structure.

After 6 straight losses, they drew against MK Dons on Day 1 with no goals to spare. They however got hammered in their next game against Ipswich by 0-4. Over their prior 6 league fixtures, the goals that have gone against them sums up to 14 while netted only twice.

On the other side, Burton is at the 12th position on the table with 32 points. Of the 24 matches played, they won on 9 games while drawing 5 times and losing on 10 other occasions. Their total goals to conceding ratio stands at 29:30 so far in the league.

The visitors opened the new year by an incredible 4-1 win over Crewe while they drew the next fixture to Cheltenham by 1-1. Burton Albion have tallied a sum of 13 goals from the preceding 6 schedules while they have conceded a number of 7 during the same.

Gillingham are left without a victory over Burton Albion in their previous 5 league matches while the visitors have not won away from home in their last 5 league fixtures.

We envisage an away win this weekend as Gillingham have lost their last 3 home matches in a row which adds up their poor home. The visitors can therefore surely take advantage of the pressured home side.