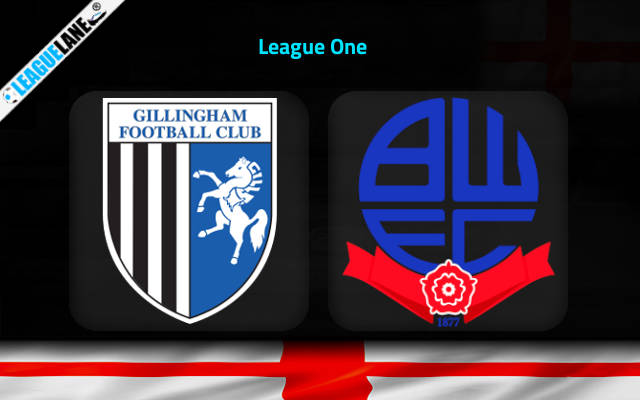 Gillingham are on a run of 6 consecutive half time draws across all competitions and have achieved only 3 wins since their last 20 home games on all venues. They are third in the zone for relegation. Bolton lost the last league fixture ending their chance for making a hat-trick run of victories. They are unbeaten in 9 of their last 11 games and hopes to gain all 3 points as they visit Priestfield Stadium this Saturday.

The Trotters are at the 11th spot on the standing with 51 points from 35 games. They won 15 times in the league while drawing on 6 and losing on 14 other occasions. They scored 55 in total while conceding a sum of 47 so far.

Bolton suffered a 0-2 League One losing effort in their last game against MK Dons. They have made an average of 3.67 goals since the last 6 matches with the opposition teams have hit 9 from in total.

On the contrary, The Gills reside at the 22nd position on the table with only 30 points. Of the 35 matches played, they won only 6 games while drawing on 12 and losing on 17 other occasions. Their total goals to conceding ratio stands at 28:55 showing their far from perfect defense.

Gillingham won the last league fixture against Lincoln by 2 goals to nil. Under three goals per game were seen on all of the past 6 fixtures involving them. Breaking down the goal weightage during this period, their opponents scored a total of 4 while the hosts got themselves 4.

Previous matches between the two has averaged 4.25 goals while BTTS has happened 25% of the time. We feel that an away win happening this Saturday as the home team are without a win for 77% of the games played at home this season.