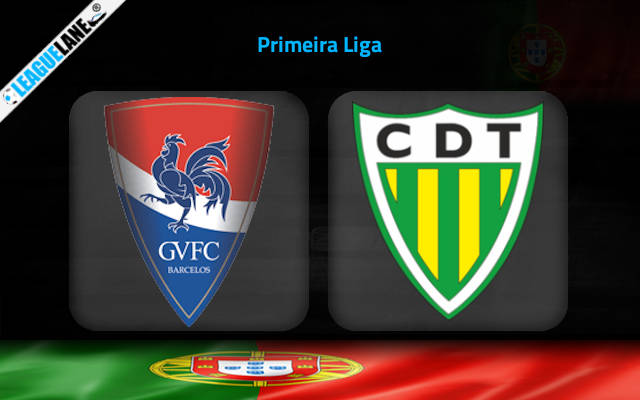 Gil Vicente seems to be facing a hiccup with their form in the most recent matches. The team had played well in their matches throughout the season. Securing apposition at the upper half of the league table. However, in the most recent five matches, the team has not secured a win. From the 32 matches played so far, the team has got an equal number of wins and draws and less number of losses (12-12-8). Currently, the team stands fifth on the league table with 48 points to their name.

Gil Vicente played their last match against Sporting Lisbon. Sporting scored four goals in the match while Vicente could score only one, ending the match in a loss for Vicente with 4-1 FT score.

Tondela has played poorly in their matches this season, securing a lesser number of wins than both their draws and losses combined. From the last ten matches, the team has secured wins in only two of them matches and the remaining matches ended with five draws and three losses. Their poor performance has placed the team as the first team on the relegation zone with only 27 points from their matches so far.

Pacos Ferreira was the opponents of Tondela in the last match. Both teams scored one goal each, ending the match in a draw with 1-1 FT score.

Both Tondela and Gil Vicente seem to face a bit of trouble with their form in the recent matches. Gil Vicente and Tondela is winless in the last five matches.

Gil Vicente has lost only twice in their last ten home matches. However, from the last five home matches, the team has got three draw, one win and one loss. Tondela, at the moment, is on a cold streak in their away matches, which have lasted for over three matches as well.

Gil Vicente is without doubt the better team of the two and is more likely to secure the win in this match. Both teams have scored in their previous fixtures and can be expected to do the same in this match as well.