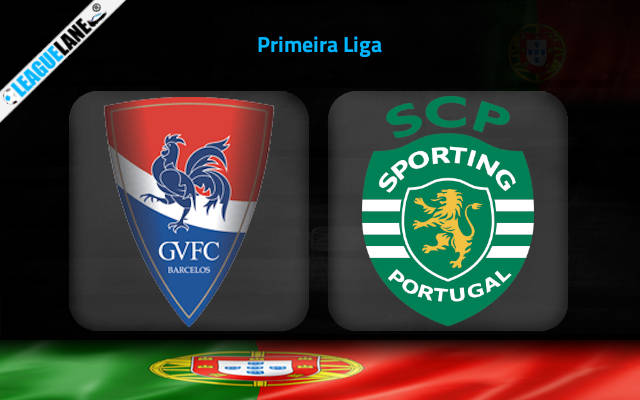 Sporting are the reigning champions of the competition, and are once again in the running for another title. However, arch-rivals Porto are in the race as well, and the title-holders have no option but to keep going with their great performances.

This weekend, they are pitted against Gil Vicente, who have been largely inconsistent lately. On top of that, they also have an inferior h2h record against this foe over the years.

For the reasons, expect the defending champs to secure another win this Saturday at the Estádio Cidade de Barcelos.

Gil Vicente were winless in 10 of their past 14 overall fixtures, and they have a total of just two wins at home since March. In fact, they have won just four times at this venue in the whole of 2021.

On the other hand, Sporting had won 14 of their previous 15 games, and the only defeat during this stretch had come in the Champions League.

They have scored goals in huge numbers all along, and on top of all that, they also have a great h2h record against this opponent.

Taking into account these observations, expect a win for Sporting this weekend.

Tips for Gil Vicente vs Sporting