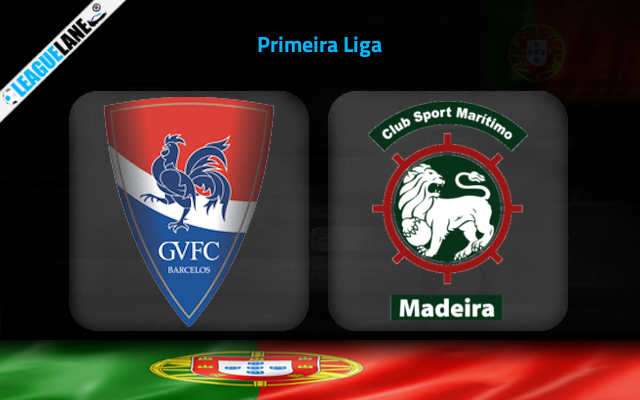 Gil Vicente have managed to secure their position inside the promotion zone by recording enough of points from their recent league fixtures. They are having a difference of 9 points with the sixth spot occupying Guimaraes. Gil Vicente also owns a decent offensive and defensive lineup.

Gil Vicente recorded a 0-1 win over Braga on road in their most recent league fixture. With that win, they are now on the back of 12 subsequent unbeaten games in the league. Following such a set of positive outcomes, they will be having highest of spirits to face their next league opponents.

Meanwhile, Maritimo have collected 7 points from the past five league fixtures to add up to a total of 32 points for occupying the 8th spot on the table. Their form is fluctuating and they have an average goal scoring and preventing side.

Maritimo lost to Guimaraes in their most recent league fixture. When looking at their past 10 league fixtures, we can see them remaining winless in 6 of those. Their inconsistency won’t be allowing them to have positive spirits to enter their next fixture.

Gil Vicente have been enjoying a good form at home lately. They are unbeaten in each of the past 5 league fixtures at this venue. They have managed to score two or more goals in three of those 5 home affairs.

On the other side, Maritimo have been enjoying a decent form on road of late. They have succeeded in recording enough of positive displays of late. However, such a run will count little against this Gil Vicente outfit who possess an impressive recent form in the league.

We therefore expect Gil Vicente to seal a win against Maritimo at Estadio Cidade de Barcelos on Sunday.