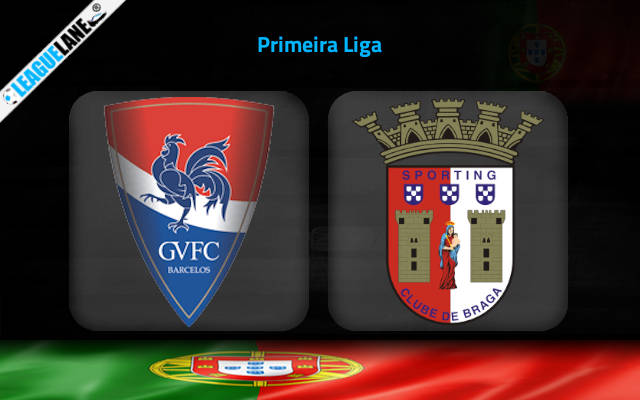 Braga bounced back from consecutive defeats to Porto and Chaves by beating Estoril 0-2 on the road last weekend.

It was a massive victory for head coach Artur Jorge and his men confidence-wise, especially since it came together with a fantastic overall performance from the team.

Braga completely controlled the game at Estoril last Saturday, allowing just four attempts in total to their counterparts on the occasion.

Moreover, Jorge’s troops are still second in the Primeira Liga standings with seven wins in the opening ten rounds.

They are ready to keep shining this season on Sunday evening with the late fixture against bottom-half strugglers Gil Vicente at Estadio Cidade de Barcelos.

Gil Vicente offered a strong display in the first half of the last weekend’s clash against in-form Chaves, but their Adrian Marin got sent off just before the half-time break.

It resulted in an easy 3-1 loss as Chaves needed no more than 20 minutes to turn things completely around with three goals in the second half.

It was the third consecutive league loss for Ivo Vieira’s troops who generally have huge problems keeping things quiet at the back this season.

Gil Vicente did not keep a clean sheet in seven successive league games and they have allowed two or more goals in three of the previous five matches in Primeira Liga.

Gil Vicente have been leaking goals with ease of late and they are now up against the competition’s highest-scoring offensive line on Sunday. Braga’s players have instilled some confidence into them with the victory over Estoril last weekend.

We will back the visitors to win and at least three goals to be scored in the match at the 2.62 odds. You can also go with Braga to win 1-2 at the odds of 8.50.