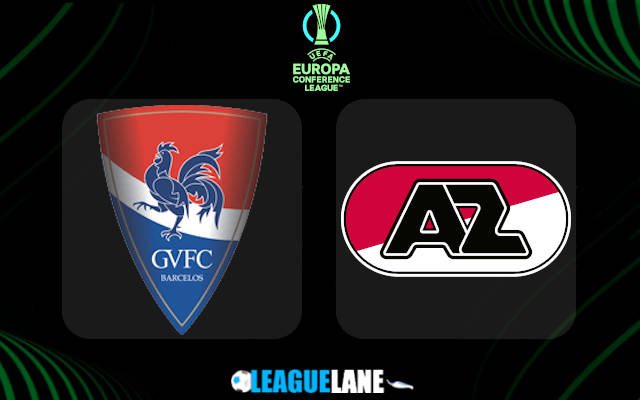 Gil Vicente will have to make an incredible comeback against AZ Alkmaar in the return leg, in order to qualify for the next round of the Conference League.

In the Conference League playoffs, Pascal Jansen‘s side has so far scored a total of sixteen goals in four games. The Kaaskoppen have plenty of reasons for optimism based on such a brilliant record.

The host is currently at the thirteenth position of the Primeira Liga table, winning three points out of a possible six.

This form will not pose any danger in the playoffs as the Primeira Liga season has just started to unfold.

However, the offensive setup of the Gilistas is not looking very decent – a meagre rate of 0.50 goals per game is what Ivo Vieira’s men could manage so far, in the top division of Portugal.

Meanwhile, the visitors have started their new season in the Eredivisie, winning two games out of two so far, and currently sit at the sixth position.

The Kaaskoppen are one of the few teams that come into every football fan’s mind when the new season of Europa League, or in this case Conference League, starts. They are the more experienced side in this tie.

Pascal Jansen and his men will look to win this tie, not to mention the massive 4-0 goal lead for the visitors.

The last meeting between these teams ended with a thumping 4-0 victory for AZ Alkmaar.

Looking at the away form of the visitors, Pascal Jansen‘s side has three wins in the last five outings.

The Kaaskoppen are averaging 3.2 goals per game in the Conference League. It is worth noting that they have only conceded a single goal.

This should by all means be a goal-fest, considering the impressive goal-scoring record of the visitors.

Looking at the past displays, the home side has clearly been inconsistent.

We saw the Gilistas winning 4-0 in the third qualifying round of the Conference League against Latvian side Riga FC. But little did the supporters expect the same goal-scoring pattern to bite them back, as that was the case in the first leg of this tie.

As far as the outcome is concerned, we predict AZ Alkmaar to emerge victorious at FT.