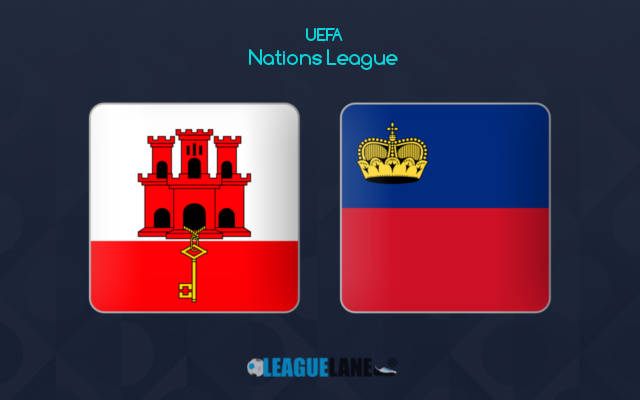 Gibraltar have started competing in official UEFA competitions relatively recently, and now they are close to the first major success – winning the Nations League D Group 2. All they need is one point at home venue on Tuesday night against Liechtenstein. They managed to beat this opponent in the first group meeting, so there are many reasons to feel confident.

Liechtenstein have failed to beat San Marino last month, which surely had an impact on team spirits. In terms of the odds, hosts are warm favorites for the win at 2.62 odds, while chances for visitors to achieve the same are slightly lower at 2.87.

There were four head to head meetings between these opponents so far. Gibraltar have 2-1 lead in terms of victories, while the goal difference is tied at 3-3.

As mentioned above, Gibraltar outplayed this opponent in the first group meeting in October. Full time result was 1-0 and the only goal scorer was Tjay de Barr.

Gibraltar could have secured the first place and promotion last weekend with a win against San Marino, but that match ended without goals. Interestingly, this was the first time in history San Marino avoided defeated for two straight games. Before that, Gibraltar were easily defeated in a friendly match against Bulgaria 0-3 FT. There is no doubt they will be super-careful and defensive at least in the first half against Liechtenstein.

Considering the efficiency of both sides, Under 2.5 goals FT seems like the biggest banker bet available for Nations League matches this week. Besides that, we also feel some value being offered in the draw bet at 3.00 odds.