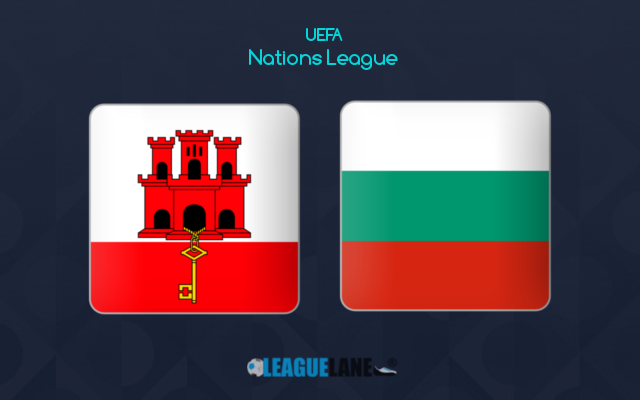 Gibraltar had a dreadful start to this Nations League season. They lost each of their two league fixtures so far this season to push themselves down to the fourth position of the Group 4 table, inside the relegation spot. Their offensive and defensive line-up also looks displeasing.

Gibraltar recorded a 0-2 defeat at home against North Macedonia in their most recent Nations League fixture. They have added up that defeat with a 4-0 demolishing on road defeat against Georgia to wove a thread of two subsequent losing games in the league.

Meanwhile, Bulgaria had a winless start to this season. They have drew one and lost one of their two Nations League fixtures to occupy the third spot of the fourth group table one point above their upcoming rivals Gibraltar. However, they possesses an average offensive line-up.

Bulgaria recorded a 2-5 defeat at home against Georgia in their most recent Nation League fixture. They were on the back of a 1-1 draw against North Macedonia at home before recording the above defeat. This will be their first on road match this campaign.

Gibraltar have been going through a disappointing form at home lately. They are winless in each of their past 9 home outings across all competitions. They lost seven of those leaking two or more goals. Such a run at the safe patch is so dreadful.

On the other side, Bulgaria possesses a better form on road when compared with Gibraltar’s home form. They are unbeaten in five of the past 10 on road outings across all competitions. Their only head to head clash with Gibraltar also ended up in a win even though it was a friendly outing.

When analyzing all these stats, we are left to back Bulgaria to seal a win against Gibraltar when they both meet in a Nations League fixture on Thursday.