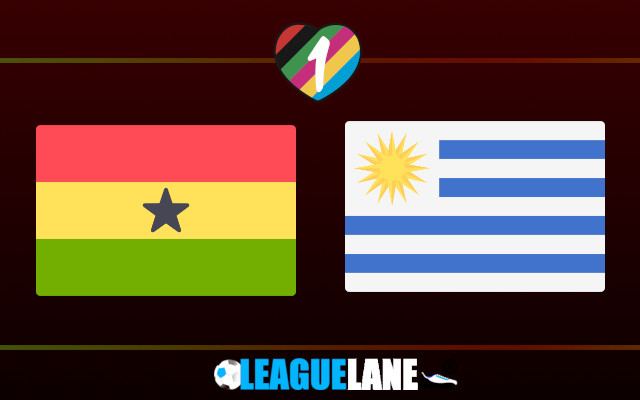 These two teams share a history, don’t they? Memories are still fresh in minds of fans when Luis Suarez made than infamous handball to send Uruguay through to the semis of the 2010 World Cup, breaking the hearts of millions in Ghana, and thus a dream of the whole continent as well.

Ghana made a great comeback in their second fixture of this ongoing World Cup, after they lost against Portugal in the opener. The team delivered a 3-2 win against an in-form South Korea, and thus are placed second in the table.

It was a tense ninety minutes for both the teams involved. The African team went ahead 2-0, only for the Koreans to fire in two goals back-to-back. And when it seemed that momentum was shifting towards Korea, the Black Stars found the back of the net one more time.

Offense has been a strong suit for the African contingent so far in the competition. They displayed it in style against Portugal in the opener, as they scored two goals against them.

Meanwhile, Uruguay have a mountain to climb here on. They are already placed bottom-most in the table, and are yet to find the back of the net in the tournament.

They need a win at any cost to even have a chance to make it to the knockouts. And for sure they would be dreading this fixture, considering the 2010 incident.

The Uruguayans would most probably decide against fielding Suarez in the first eleven, as it would only fire up the Black Stars even more. They are already in great form.

As things stand, Ghana have the edge here. Count on them to avenge themselves with a win this Friday, that should kick out the South Americans from the tournament.

The Black Stars have the momentum, the belief, and most importantly they have a chip on their shoulder. They have been waiting 12 years to get pitted against Luis Suarez and co, and finally they have their chance.

The African team has impressed everyone with their superb offense, and they should be able to carry forward the momentum. Especially with the Uruguayans under pressure, things look comparatively easier for the African contingent.

The Latin Americans, who are yet to score a single goal at the World Cup, will have to do it when the stakes are highest. And they just do not look as sharp a team they were before.

While history suggests that Uruguay are the better team, recent form suggests otherwise. Expect Ghana to make some noise with a win this weekend.

And the leader of the pack Andre Ayew looks the most dangerous this Friday.

He has shown the mettle to lead the team whenever they face a challenge, and at the Al Janoub Stadium, a whole country/continent would be edging him on to settle scores. Count on him to find the back of net at least once.