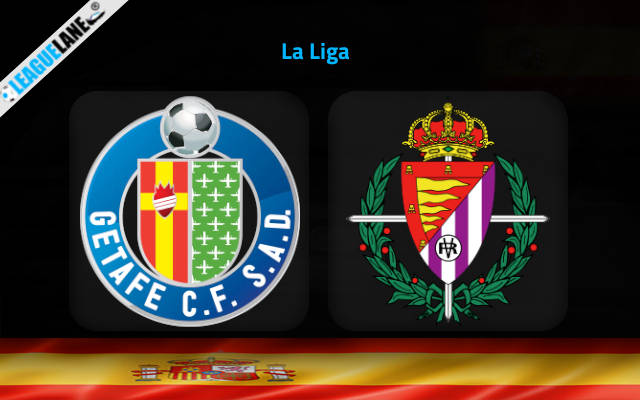 Getafe stunned ten-man Osasuna 0-2 on the road in the previous La Liga Matchday to jump to 14th place after a slow start to the season.

It was the second win in a row for Quique Sanchez Flores and his men who will now have a nice chance to make it three on the trot as struggling Valladolid come to visit Coliseum Alfonso Perez on Saturday afternoon.

Valladolid have been in a completely different rhythm of late. They allowed Cadiz get their first win of the season two weeks ago, suffering a shocking 0-1 defeat at their Estadio Jose Zorrilla to the team that had earlier lost all five outings of the season.

It was also Valladolid’s second successive defeat, the one that followed the 2-1 slip-up at Girona the week before.

Getafe look to have improved their defensive displays of late. This is the main reason for the growth in form after all.

Sanchez Flores’ men kept their net untouched in two of the last four league outings. They are now up against Valladolid who have only found the back of the net three times so far in the season.

Also, Valladolid took just one point from the inaugural three away fixtures in the 2022/23 campaign, scoring twice along the way.

The team led by Pacheta failed to break Cadiz down in the previous round on the home patch which says enough about their attacking form at the moment.

The value is huge with the 2.40 odds offered for the home win knowing Getafe will enter the match in much higher spirits after two consecutive wins.

We are also aiming towards the Under 2.5 goals FT bet since both teams have done better defensively than offensively so far in the season. You can back this scenario at the 1.53 odds.