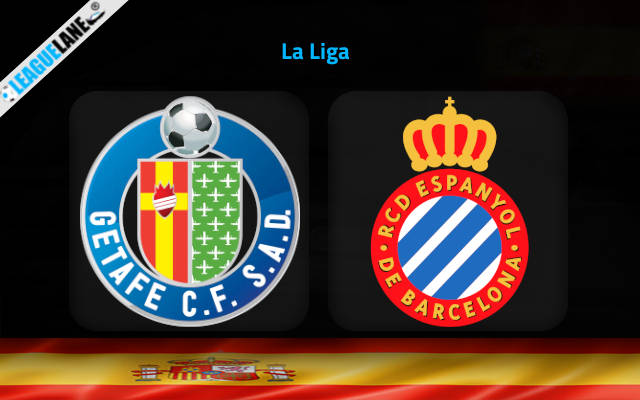 There are just three points separating these two sides down in an intense relegation battle, Espanyol are in a tougher situation, currently sitting second from bottom in La Liga table.

Both teams have shown decent performances after the World Cup break. Getafe saw off Valladolid 2-0 in the previous home match before conceding five goals in the back-to-back road losses to Levante (3-2 in Copa del Rey) and Sevilla (2-1 in La Liga).

Espanyol, on the other side, played back-to-back draws to Catalan rivals Barcelona and Girona in the previous two rounds.

The fact they limited Blaugrana to just one goal at Spotify-Camp Nou says enough about the team’s spirits at the moment.

If we count the 1-1 draw to Belgian First Division A side Mechelen in a friendly, Espanyol are now unbeaten in five consecutive games.

The streak includes the two Copa del Rey victories over lower-division Atletico Paso (0-1 on the road) and Celta Vigo (3-1 after extra time).

We have to pay a c lose look at Joselu who has been enjoying a phenomenal spell of form in the first half of the season.

The Spanish forward took his league tally to nine goals after bagging one of his team’s two in the home draw to Girona last weekend. The fact he is also on penalty duties adds to his appeal in the anytime goalscorer market here.

This is a very tough match to call. We lean towards Espanyol who are unbeaten in the last five games (including one non-competitive affair), but the fact they’ve won just 5 of the last 18 outings at Coliseum Alfonso Perez is worrying.

This is why we will go for the Draw & Both Teams To Score pick at the odds of 4.75. We’ll also take the in-form Joselu to score anytime for the visitors at the 3.40 odds.