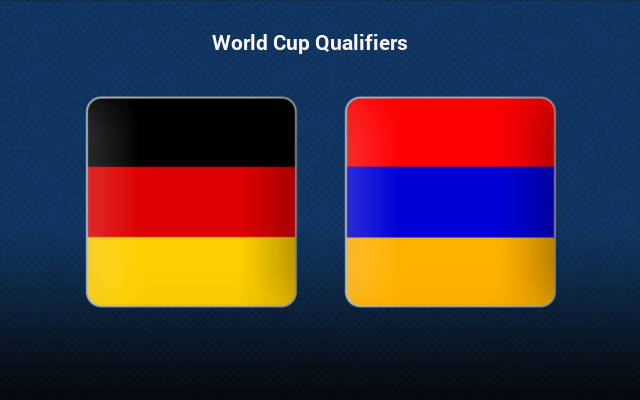 Germany are one of the best teams in the world, and they are also champions of the 2014 World Cup. They have a great h2h record against Armenia, and are expected to deliver a great performance this Sunday and post the three points on the board.

As of now, they are placed second in the table, trailing one point below the first-placed Armenians. As such, there is now a race between the two to secure the top-most spot.

The Germans already are going through a transition period. Ever since they peaked at the 2014 World Championship, it’s been downhill for them, and they just cannot afford to not finish first in this qualifying group.

They do have a great h2h record against this foe, and on top of that, Armenia have not been great on the road lately as well.

By the looks of things, expect a win for Germany this weekend at the Mercedes-Benz Arena.

The Germans recorded a 0-2 win on the road the last match-day, against Liechtenstein. In the meantime, Armenia were held to a goalless draw by North Macedonia.

Going on, Germany were unbeaten in 25 of their preceding 30 overall match-ups, and four of these losses had come against France, Netherlands, Spain, and England – some of the absolute best teams in the world.

On the other hand, the Armenians are on a three-game winless run, and they are also ranked 88th in the world, as opposed to their counterparts being placed 16th in the same list.

Going on, Armenia were winless in eight of their last ten overall matches, and they have won just four times on the road in the past five-year period.

Taking these observations into account, and especially the dominant h2h record by Germany, expect a win for them this weekend.