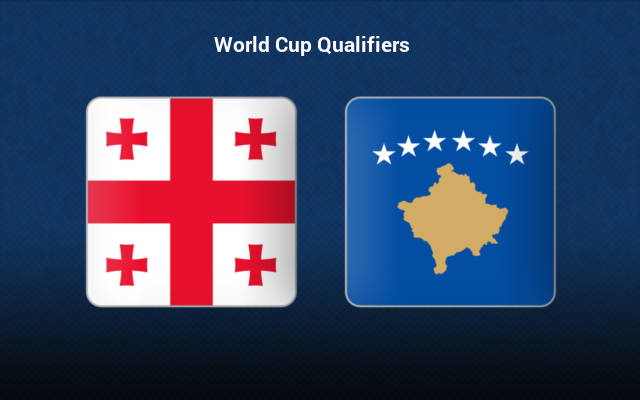 Georgia and Kosovo are looking for their first wins in the 2022 World Cup Qualification campaign on Thursday evening when they come across each other in the fourth round of the competition.

Both teams will be hoping to get themselves on the board on Thursday evening, following their respective failures in the games against group favorites Spain and Sweden.

Unlike their Thursday counterparts, Georgia played three matches and managed to grab their first point by holding Greece to a 1-1 draw on the road in the previous round.

The former Bayern Munich full back took charge of the team after the opening loss to Sweden. He led them to a narrow 1-2 loss to Spain and a 1-1 draw in Greece.

In the meantime, Sagnol’s men saw off Romania 1-2 before falling 3-0 to the Netherlands in friendlies this summer.

We can thus say that the Frenchman has indeed managed to take this team to a new level. The clash against Kosovo will provide him with a great chance to pick up his maiden competitive victory at the helm of Georgia.

The visitors suffered two expected defeats to Sweden and Spain so far, conceding three goals in each of the two affairs.

They did not shine in June tests either, falling 1-2 to Guinea and beating Gambia 1-0 in the last two matches.

These two sides did not have a chance to lock horns in the past.

While Kosovo have more high-quality players in the likes of Napoli’s Vedat Muriqi and Amir Rrahmani, Norwich’s Milot Rashica, or Reims’ Valon Berisha, it’s Georgia who left a much better impression so far this year.

Willy Sagnol is doing a phenomenal job with this Georgian side. However, can we really see the hosts as favorites at the 2.15 odds?

It is very hard to say because they are winless in nine consecutive World Cup qualifiers on the home patch. The run involves draws to the Republic of Ireland and Moldova, as well as a defeat to Finland. The value is much better with the draw at the 3.25 odds.