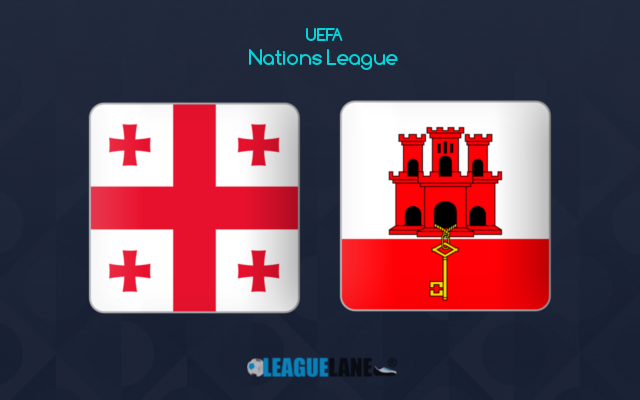 Georgia recorded a goalless draw against Albania in their most recent Friendly fixture on road to wove a thread of five subsequent unbeaten games across all competitions. Four of them were positive displays too. Therefore, they will be having highest of spirits to enter this fixture.

Meanwhile, Gibraltar follows a dreadful form of late. Their recent recordings are often negative and we have nothing much to expect from them ahead of their opening Nations League clash against an inform outfit like Georgia.

Gibraltar recorded a disappointing goalless draw against Faroe Islands in their most recent Friendly fixture at home. They were on the back of another goalless draw before recording the above spoil. Anyways, they are currently following a streak of 16 winless games.

Georgia follows a couple of motivating victories at home to enter into their first Nations League fixture this season at this venue. One of those positive outcome was against Sweden. They will be hoping to record more of those and will be prepared to do so.

On the other side, Gibraltar lost each of their past four on road outings leaking goals in a worrying fashion. Their pathetic defense is more than enough to back Georgia to seal a win from this fixture.

On top of that, Georgia possesses a strong head to head form against Gibraltar. Therefore, we back Georgia to open up this Nations League season with a positive outcome against Gibraltar on Thursday.