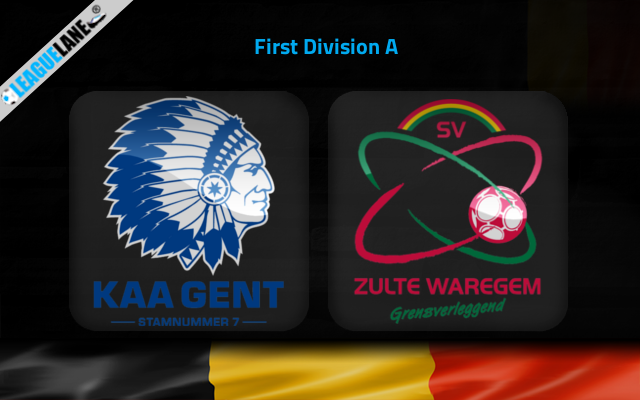 Gent will be hoping to continue their current positive run with the aid of home ground advantage when they meets the traveling Waregem at Ghelamco Arena on Saturday.

Gent with brilliant results in recent fixtures have managed to seal a position inside the safe zone. They occupies 5th position with a total of 49 points. They will be eyeing for a top four finish which is currently three points away from them.

Their recent displays suggest a form of satisfaction for their supporters. They are unbeaten for the past four games and have managed to record a win in each of those. With such a strong run of late, they will enter this fixture with highest of spirits.

Meanwhile, Waregem have managed to record a win in the previous league fixture after running in a winless streak of 8 games in the league. They won against Seraing scoring one unanswered goal.

However, they still remains in a spot near the relegation phase and will be hoping to increase the gap between them and it. They are having a 6 point gap with the danger zone in present.

By the looks of things, Gent seems to have enough of potential to seal a win from this fixture. Also, they have a good head to head record against Waregem in recent history. As such, expect a win for them on Saturday.

Waregem possess the worst defense of this season and we can clearly see them leaking goals in big numbers when we inspect their past four on road league affairs.

With a strong attacking and defensive lineup, we expect Gent to score goals at a good rate and to prevent the opposition from scoring in this fixture. They did the above in the past 4 fixtures across all competitions.