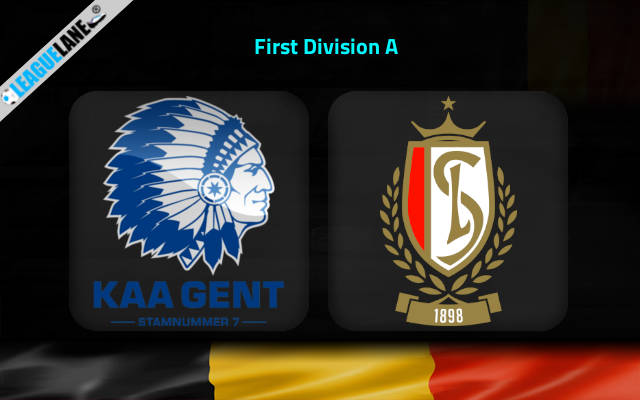 Gent will be looking to translate their form from mid-season friendlies to the competitive games on Friday evening when they host Standard Liege in the 18th round of First Division A.

If we count both competitive and non-competitive matches, Gent will enter this tie on the back of six subsequent victories in all competitions, including the 4-0 drubbing of Norwegian side Molde in the last round of the UEFA Europa Conference League group phase.

Gent have also done very well in the recent domestic league games, winning three and drawing one of the previous four First Division A affairs.

They are now fifth in the league standings with just six points between them and the second-placed Union Saint-Gilloise.

Standard Liege will enter this match in a completely opposite form. They dropped out of the top-six in the league table after suffering three defeats in the last four rounds.

As if it was not enough, Standard Liege continued their dismal performances during the preparations period, losing three successive friendlies ahead of this tie.

The team led by Norwegian manager Ronny Delia scored just one goal in the previous three matches and it came in a 1-4 defeat to French Ligue 1 side Nice. The other two losses were at the hands of Girona and Valenciennes.

Everything points towards a pleasant evening for the local fans at Ghelamco Arena on Friday and we have no other option but to back Gent to win in a high-scoring contest here.

You can back Gent to win & Over 2.5 goals FT bet at the 2.60 odds. We also like the 2.30 odds offered for Gent’s top scorer Hugo Cuypers to score anytime at the 2.30 odds. Cuypers is on penalties and he has also bagged two goals in the recent win over Heerenveen in a friendly.