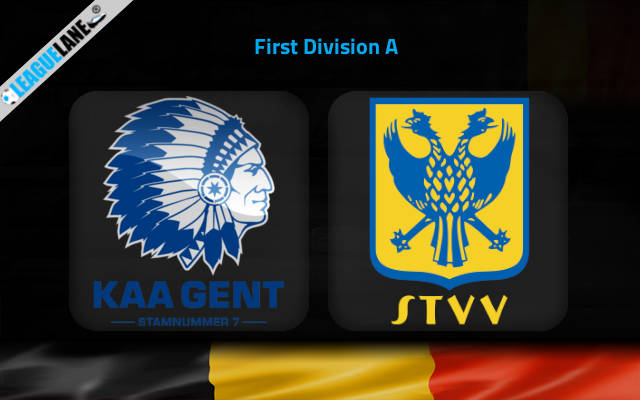 Gent is at the zone for promotion to Conference League group. They however lost the last game after 4 straight wins and hopes to gain momentum in the upcoming fixture. St. Truiden is in the downfall after having lost in 4 back to back games and nothing more than a victory will help them climb up the table. The clash is setup at Gent’s home in Ghelamco Arena.

The visitors is at the 13th spot on the table with 21 points in hand. Of the 19 matches played, they won only 6 of them while drawing another 3 games. They lost on 10 occasions with a meager goals to conceding ratio at 19:29.

Sint-Truidense VV have been scored against in 5 of their last 6 matches, letting opponents get 9 goals in all. Well in the front, they failed to score in 2 of the last 5 games. They lost 4 games in a row with the latest against Anderlecht by 0-2.

Gent is in the 6th spot on the table with 30 points in the zone for promotion to Conference League. From the 19 matches played, they won 9 of them while drawing on 3. They lost on 7 occasions with decent goals to conceding ratio marking at 31:21.

The hosts has been on a persistent run of goal scoring form, netting every time they’ve gone out to play in their last 6 matches. After 4 consecutive winning streak, they lost the previous match against KV Mechelen by 4-3.

The Canaries are winless against KAA Gent when they’ve played them away from home in the last 2 matches while The Buffaloes have not won against this foe in the previous 3 league matches.

The hosts are in excellent home form while Sint-Truiden are performing average at away schedules. Considering their 7 out of 9 undefeated home games, this season, we anticipate a home win to happen at Ghelamco Arena this weekend.