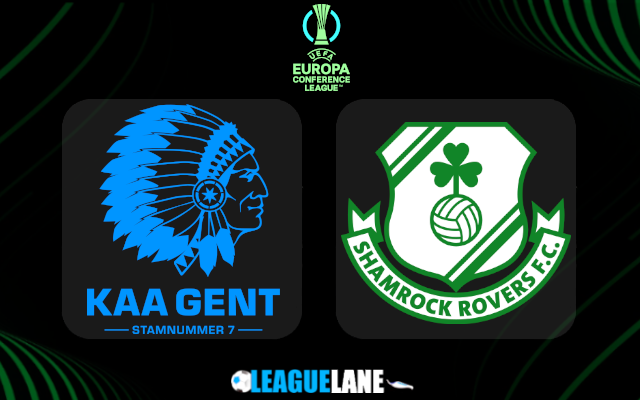 Shamrock Rovers will be facing home side Gent at Ghelamco Arena in the Europa Conference League game on Thursday.

Gent has been one of the consistent teams to sustain their position in the Belgian top flight for the past several years and especially so the previous season.

Gent and Charleroi had finished 5th and 6th respectively in the Belgian top flight at the end of the previous season, separated by 8 points. But then the former went on a rampage mode and had finished at the top of the Conference League group.

Meanwhile, Shamrock Rovers had won the Irish league title in a dominant style in the previous season. They had a lead of 16 points at the end of the campaign and were in possession with the best defensive and the second-best offensive line in the tournament.

The team is on an inconsistent form at the moment.They were winless in 4 of the past 8 overall fixtures.

Rovers don’t possess anything impressive of late except for a couple of wins recorded in the Europa League qualification outings. Furthermore, they lost those too in the aggregate, which demoted them to this stage of European battles.

This match is a great chance for the hosts to weave a 2-fixture unbeaten streak in the competition at the beginning itself. Their competitive exposure and quality between the leagues might be the reason why bookies consider them as heavy favorites.