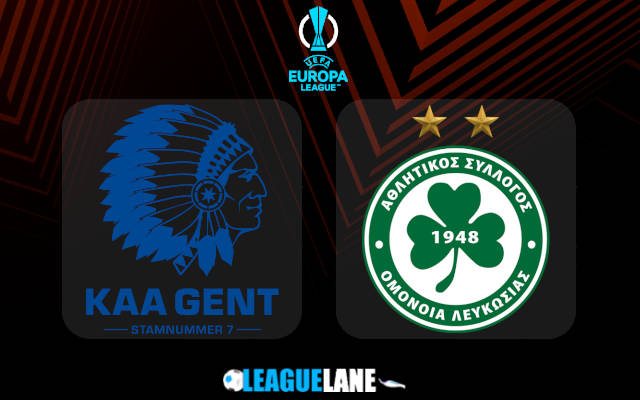 Omonia Nicosia were stopped right at the UEFA Europa League playoffs last season against Antwerp on penalties following a 4-4 draw in the aggregate result.

They are now set to begin the new European adventure right from the Europa League playoffs and they will face Belgian opposition once again.

This time around, their rival will be Gent who have last featured the group stage of this competition back in the 2020/21 season, losing all six games in the group with Red Star Belgrade, Slovan Liberec, and Hoffenheim.

Genk got off to a solid start to the 2022/23 Belgian First Division A campaign with two wins and draws each after four opening games.

The team led by Hein Vanhaezebrouck will enter this tie on the back of consecutive victories over Westerlo and KV Oostende, bagging five goals in the process.

Omonia Nicosia, on the other side, began their season with a disappointing 2-0 defeat to Apollon in the last week’s Cypriot Super Cup.

We see that the bookmakers are favoring the Belgians significantly going into this tie but we just can’t underestimate the visitors at all, knowing about their strong pedigree in European competitions in the last several years.

Omonia played the group stage of Europa League in the 2020/21 season and the group phase of the Conference League last season, coming fourth and third respectively on those occasions.

The Super Cup loss to Apollon was certainly disappointing but Omonia Nicosia certainly do have the quality to cause Gent problems in this matchup.

Gent are huge 1.30 favorites but we can’t finds any value in backing their victory here. Instead, we are going with Omonia not to lose by two or more goals difference at the odds of 1.85.

Since Gent have been playing attacking-minded football at the start of the new First Division A campaign, we fancy the Both Teams To Score bet at the sky-high 2.00 odds.