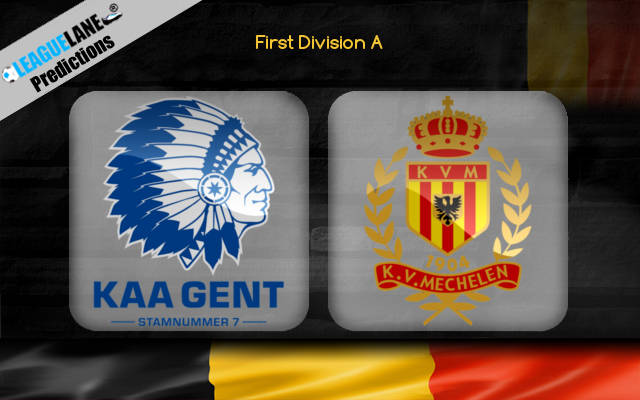 Gent have the better h2h record, and they also are on a great streak at home. Meanwhile, Mechelen are on a poor run at the moment, and are conceding in plenty. Likely, expect the hosts Gent to have the upper hand this Sunday.

They had finished seventh in the table in the regular season, and proceeded to top the Play-offs II – thus qualifying for the Conference League.

Going on, only four teams had scored more goals than in the whole Belgian top flight – three of which were in the top-four.

In the meantime, defense was an issue for Mechelen all through their run last season, and they had conceded 12 goals more than Gent.

By the looks of things, expect a win for Gent this Sunday. However, they have made a worrying start to their new campaign, and have conceded five goals from the matches.

Likely, a clean sheet seems improbable for them this time around.

Gent have dominated h2h meetings over the years, and especially so at this venue. They have also lost just once at this ground in their last 16 appearances, and this sole loss had come against defending champions Club Brugge.

On the other hand, their counterparts were winless in eight of their former eleven games, and they had conceded two or more goals in these eight fixtures as well.

Taking these observations into account, expect a win for Gent.

Be that as it may, they have not kept a clean sheet in their past five overall match-ups, and this increases the chance of Mechelen finding the back of the net at least once.