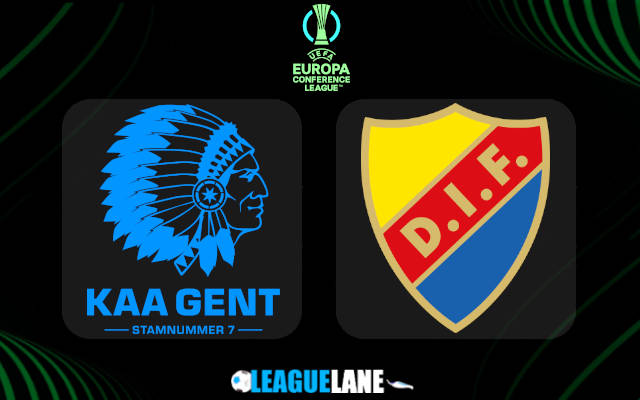 As things stand, Gent are at the top of Group F in the Conference League this season. They will face Djurgarden who are just behind them this Thursday at Ghelamco Arena for Matchday 3.

Following a goalless draw against Molde on Matchday One. Hein Vanhaezebrouck’s side made amends by defeating Shamrock Rovers by 3-0. In that game, Vadis Ofoe notched a brace. This victory helped Hein Vanhaezebrouck and his men claim the top position of Group F.

On the other hand, Djurgarden are at the second position on the table despite having the same number of points as the host. On Matchday Two, they won a crucial fixture against Molde.

In that game Joel Asoro scored the winning goal just seconds away from the full time whistle. The game ended on a 3-2 scoreline. It needs to be mentioned that Kim Bergstrand’s side played a very dominating game as his side registered seven shots on target.

It is also important to note that Gent are not having a good season in their domestic league this season. However, they seem to be determined to qualify for the next round of the Conference League.

In Group F of the Conference League this season. Both these sides share a common aspect. They both started their campaign by a goalless draw. This was followed a victory in their most recent group match by scoring exactly three goals.

No other team in Group F have such similarities. Moreover, Gent have not even conceded  once this campaign.

If they manage to secure a win in this upcoming fixture, they have better chance to advance to the next round.

Our prediction is that Gent will keep a clean sheet – at 2.50 odd. This is after considering that the host have kept two consecutive clean sheets in the Group F fixtures. Do also note that the visitors will head into this fixture following a 3-0 defeat in their domestic league.

Our second tip for this game is that Gent will score Over 2.5 goals – the odd for this tip will be at 2.87 odd. In their most recent Group F fixture, Gent scored and won by a three-goal margin.