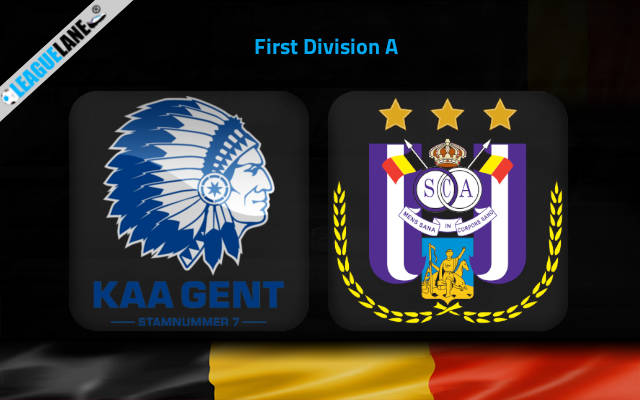 Game week 32 of Jupiler League brings us the match between Gent and Anderlecht on Sunday at Gent.

Gent has played well in their matches throughout the season. The last match against Beerschot ended with yet another win for the team. Beerschot couldn’t penetrate the defences of Gent in the match. However, Gent netted twice in the match, ending the match with 0-2 FT score.

With the win in the last match, the team has won consecutively in the last six matches, in which four have ended with clean sheets. They have moved up the table to 5th position and has got 55 points to their name.

Anderlecht has also shown great form in their matches this season. They are unbeaten in the last six matches and have won in six of the last ten matches. They played their last match against Antwerp. Anderlecht netted their winning goal in the 55’minute. Even though Antwerp tried their best, they couldn’t get past the defences twice, ending the match with 2-1 FT score.

The strong form exhibited by Anderlecht has put them as one of the top contenders of First Division A, as the third positioned team on the table. They have got 58 points from their match so far.

Gent and Anderlecht have played well in their matches this season, earning more wins than both their draws and losses combined. Both being strong performers make the match very tight, capable of turning the tides at any time.

I believe the advantage of playing in the home ground makes them the most likely choice to win the match. However, both teams will contribute to the scoreboard, ending the match with over 2.5 goals. Anderlecht has scored most of their goals in the recent matches in the second half and can be expected to score a goal in the first half.