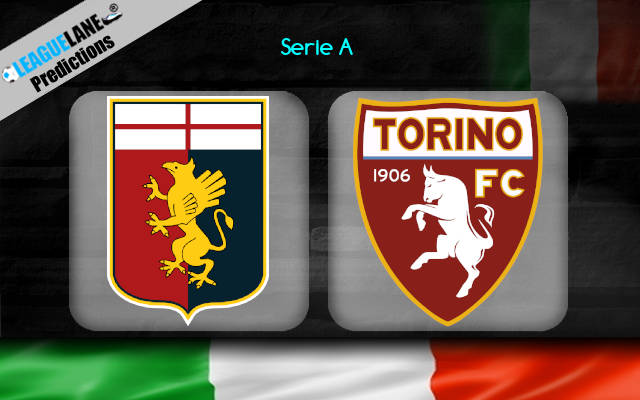 Torino’s 3-4 loss to Lazio last weekend was one of the most dramatic comebacks seen in Italian football in a while.

The Toros had one goal advantage all until the 93rd minute, but still lost the match in incredible fashion. They wasted great opportunity to finally escape the relegation zone. They are currently 19th with only one point from five games, so upcoming mid-week duel against Genoa is of huge importance.

Hosts are doing slightly better so far, just enough to be warm favorites priced at 2.45 odds.

Even though they have collected only two points from the last four Serie A matches, team Genoa are not looking that bad on the pitch. Convincing losses to Napoli and Inter Milan were expected, as the missed many players in the roster due to illness. Draws on the road against Hellas Verona and Sampdoria were much better performances overall. Chances are high that we will see this team battle against relegation this season.

Torino have scored ten goals in the opening five matches, but the problem is they conceded 15. Andrea Belotti has been single-handedly carrying the team with six goals and two assists so far, but he needs backup if Bulls want to avoid playing in Serie B in 2021. Considering stats of both teams, BTTS pick seems like a big banker bet.