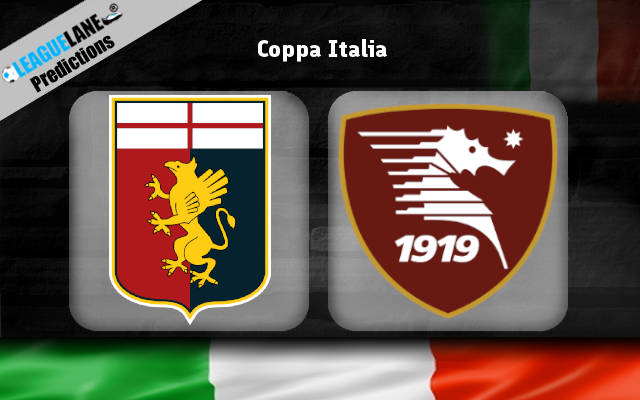 Both Genoa and Salernitana are placed in the relegation zone of the Serie A, and are rightfully termed as the worst teams in the Italian top flight at the moment.

The teams have been conceding goals in huge numbers, and by the looks of things, there is a serious chance that we will not see the squads the next season in the Serie A.

Going on, goals have also been coming in plenty in h2h meetings over the years, and it’s expected that the same will be the case as these two lock horns this Tuesday for a spot in the next round of the Coppa Italia.

Genoa lost 1-3 at home the last match-day against Sampdoria. They are also on a three-game losing run, and they are on a 14-fixture winless stretch as well.

Going on, they had conceded two or more goals in 16 of the past 20 matches, and they have a total of just two wins at home since February.

On the other hand, Salernitana lost 4-0 on the road the past game week against Fiorentina. They too are on a three-game losing streak, and had also lost 13 of the former 17 fixtures.

Moreover, they had lost eight of their last ten road trips, and their only win on the road since May had come against the struggling Venezia.

Considering these observations, as well as the results of past h2h meetings, expect a high-scoring affair this Tuesday at the Stadio Luigi Ferraris.

Tips for Genoa vs Salernitana