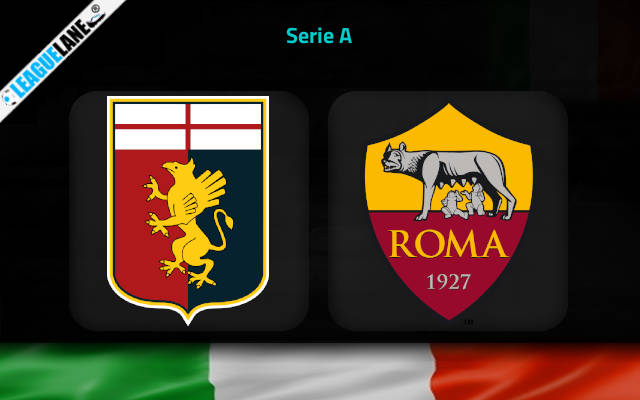 We are in for a very exciting game on Sunday as Andriy Shevchenko goes head-to-head with Jose Mourinho in his managerial debut at Genoa. Goals are guaranteed based on everything we’ve seen from these two teams so far in the season.

Genoa and Roma will battle it out in the last clash of Sunday’s Serie A schedule at Stadio Comunale Luigi Ferraris.

The Romans will be looking to get their campaign up and running after back-to-back defeats to Milan and Roma, while Genoa will hope to stay unbeaten in the fourth consecutive game in the competition.

Jose Mourinho was furious after the previous round’s match against Venezia as Roma dropped a 1-2 lead at the half time by conceding two second-half goals against the run of play.

The Giallorossi dominated the pitch throughout most of the game at Stadio Pierluigi Penzo but they failed to convert more than 2 of as many as 27 attempts in total on the occasion.

Mourinho’s defense clearly lacks meticulousness these days as Roma conceded two or more goals in each of the last three matches across competitions.

They are now up against attacking-minded Genoa who will also enter this match off the back of a high-scoring contest.

The hosts drew 2-2 at Empoli, their third successive draw in the league. Interestingly, the draw at Empoli forced the team’s owners to make a managerial change, appointing Andriy Shevchenko as the new head coach.

The former Ukrainian national team manager will thus make his club debut in Serie A in this role on Sunday against Roma.