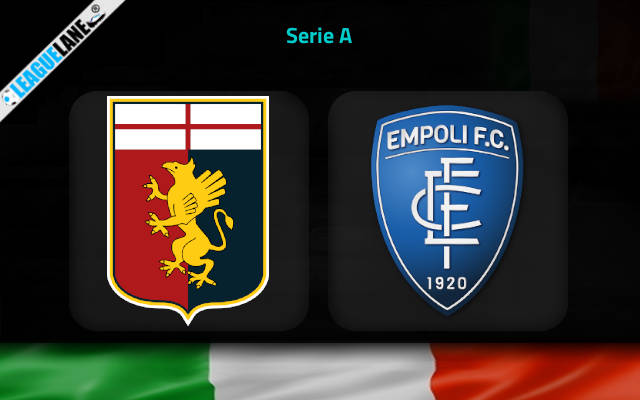 Genoa is second from the bottom, battling relegation after drawing the last 5 matches in a row. They didn’t win a any game this year and last time they saw a win was 11 games back.

Empoli lost the last 2 league games in a row and after last December, they were denied of all 3 points up to this day. Hoping to turn the tables, Gli Azzurri will travel to Stadio Luigi Ferraris this Sunday to take advantage of the pressured home side.

Empoli is at the 13th spot on the standing with 31 points from 27 games. They won 8 times in the league while drawing on 7 and losing on a dozen other occasions. They scored 40 in total while conceding a sum of 53 which shows some room for improvement in defense is needed.

The visitors lost back to back league schedules against Sampdoria and Juventus. They have been scored against on 5 of their last 6 games, seeing opposing sides hit 13 goals in all.

On the other hand, Il Grifone resides at the 19th position on the table with only 17 points. Of the 27 matches played, they won only once while drawing on 14 and losing on 12 other occasions. Their total goals to conceding ratio stands at 22:47 showcasing their far from perfect defense.

Genoa’s 5th consecutive league draw came at the hands of Inter Milan with no goals to spare. Fewer than three goals per game were seen in 5 of the last 6 fixtures where they have been involved. The opposing sides scored an aggregate of 8 while they got only 2 from the same.

We feel that a draw or a win for visitors is likely to happen, as the hosts haven’t won at home in the past 15 league games while the visitors are without an away win for the past 5 league matches.