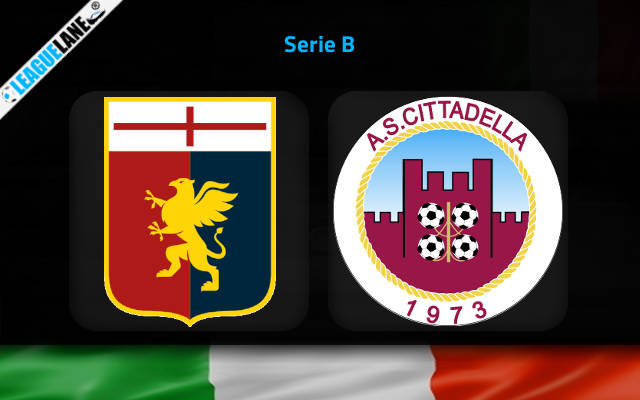 Genoa are going through a major downfall at this phase of the season and they will risk losing their third place on the table. They will now prepare for an important game against Cittadella at Stadio Luigi Ferraris.

The last time the host celebrated a league victory was over a month ago. They had a disastrous form during November as they did not win a single game.

They even lost to relegation side Perugia most recently. Manager Alexander Blessin got his tactics wrong as his team did not score a single goal in that 1-0 defeat.

The visiting team also have a similar story to share as well. They are currently on a three-game winless run. Previously, they had to settle for a 1-1 draw against Cosenza. It is worth knowing that 50% of their matches have ended in a stalemate this season.

They have struggled against top teams this season. The team led by Edoardo Gorini only got one victory against relegation side Perugia back in October.

This upcoming fixture is crucial for Alexander Blessin and his men. If they secure a win, they will have a better chance to stay in the title race.

You can back the following, as our first prediction is that Genoa will win this game by 2-1 – at 9.00 odd. The main reason for this tip is that the host have an excellent winning record at home this season. Also, they remain unbeaten in five of the last six overall head-to-head matches.

Also, our next tip for this game is that Both teams to score – at 2.20 odd. Both teams have scored in five of the last six overall matches. They have scored a combined total of fourteen goals in those five matches.