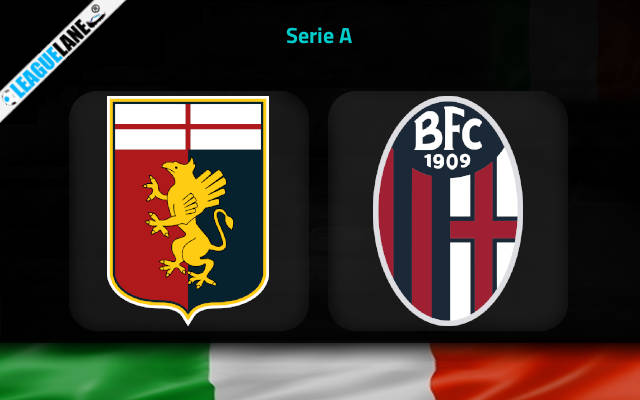 Genoa lost all hopes of staying in the top flight of the Italian football next season after a 3-0 defeat at Napoli last weekend.

This result, paired with Salernitana’s 1-1 draw at Empoli, puts Genoa three points behind Salernitana in the safe zone.

Since I Rossoblu have a worse head to head record, they have no chances of preserving the elite tier status ahead of the final day fixtures.

Nevertheless, the team led by German coach Alexander Blessin will be hoping to at least finish the season with a victory at their Stadio Comunale Luigi Ferraris.

They play host to Bologna who will end the campaign in the bottom half of the standings regardless of what happens on the final day.

Bologna have also had an underwhelming season but they at least managed to avoid the relegation scrap completely (this won’t be a big consolation for their fans who expected a European challenge, though).

Bologna will enter this tie off of consecutive defeats to Venezia and Sassuolo in the previous two rounds.

They have conceded seven goals in the process and they generally offered horrendous performances in both these outings.

Moving forward, Bologna are winless in the last nine away games in the league and there is not much to suggest a positive outcome for Sinisa Mihajlovic and his troops going into this clash with Genoa in Matchday 38.

We like the home win pick at the 2.40 odds here knowing that Genoa won three of the last four league games on the home turf.

Also, since Bologna have shipped seven goals in the previous two losses to the likes of Venezia and Sassuolo, we will back the hosts to score two or more goals at the odds of 2.10.