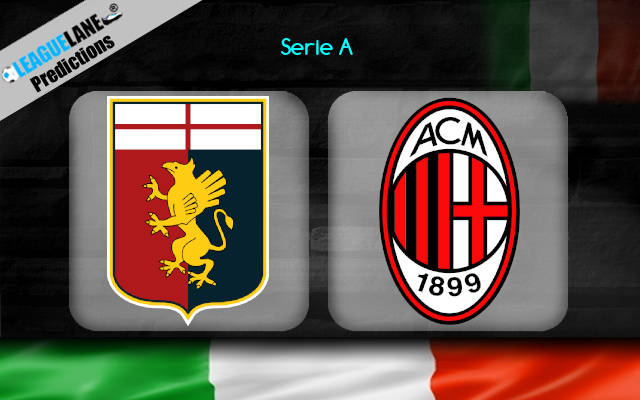 At one point in the season, Milan were threatening to go through the whole campaign unbeaten, and even go for the title. However, as of now, they are on a slight dismal streak, and they are in urgent need for a confidence-boosting win.

And just as they wished, they have an easier opponent coming up. Not only are Genoa placed 18th in the table (in the relegation zone), but they are also conceding goals in plenty.

By the looks of things, expect a win for Milan this Wednesday at the Stadio Luigi Ferraris.

Genoa were held to a goalless draw the last match-day, by Udinese. They are also on a 11-fixture winless run, and they had conceded two or more goals in 13 of the past 17 games.

Going on, they are on a six-fixture winless run at home, and of their total two wins at home since February, one had come in the Coppa Italia, against a team from the lower division.

On the other hand, Milan might have lost 1-3 at home against Sassuolo the last game week. They were also unbeaten in 24 of their previous 29 overall fixtures, and they had also won five of their last seven road trips.

Considering these observations, as well as past h2h stats, expect a win for Milan this Wednesday.

Tips for Genoa vs AC Milan