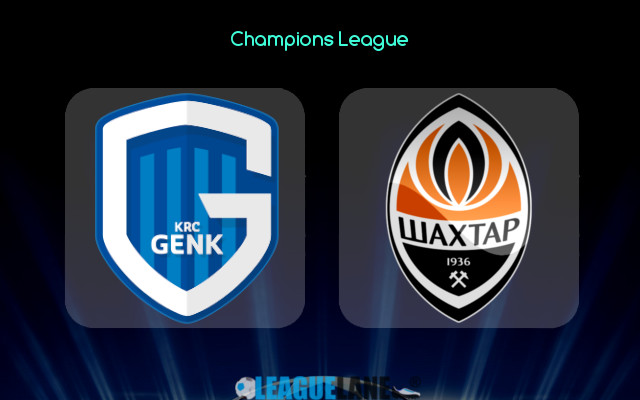 Genk are going through a poor run at the moment, and are struggling mainly with their defense. Meanwhile, Donetsk are on a superb stretch, and are finding the back of the net at will. Likely, expect Shakhtar to be the better team on the pitch this Tuesday.

Genk had finished fourth in the Belgian top flight the last season, and through the campaign, they had lost ten of their games. Note that they had also let in a total of 48 goals in the process.

Lately, they have been on a dismal streak at home, and with such a high-pressure game coming up, the chances of them conceding are even more.

Anyhow, their offense has been compensating a lot for the failures of the backline, and for the reason, the team is expected to score even if they are the underdogs here.

In the meantime, Shakhtar are on a great run at the moment, and even so on the road. They have set sights on a CL spot, and will stop at nothing in order to achieve that.

Genk were winless in six of their past seven overall fixtures, and they had lost three of their preceding five games. Note that they had also conceded three or more goals in the former two match-ups.

On the other hand, their counterparts had won eight of their previous ten overall matches, and they had scored two or more goals in seven of their latest ten games. Moreover, they have also lost just twice on the road in the past four-month period.

Considering these observations, expect a win for Shakhtar this Tuesday.

However, do take into account the fact that Genk have not failed to score at home in their last 28 appearances. Likely, expect them to find the back of the net at least once.