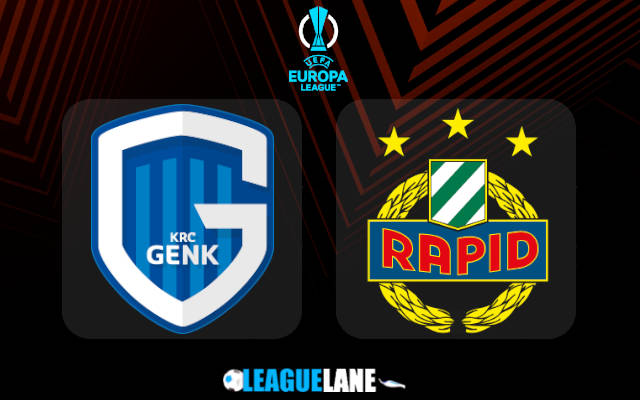 Group H could see a massive restructuring at the end of this match-day, as only the top-most spot has been mathematically sealed.

Genk could gun for a spot in the Europa, or go for the Conference League – or in the worst case, they could even be totally eliminated from European competitions, based on the result of this upcoming fixture.

They have a good h2h record against the struggling Rapid Vienna, and they will try their best to post the three points on the board this Thursday.

Genk will be at home for this final match-day, and they will try to make the most of it. They could remain in the Europa, if they win his upcoming fixture and if West Ham win against Zabreb.

Anyhow, even a draw would allow them to make it to the Conference League.

They have a great h2h record against this opponent, and on top of that, Vienna have been a total mess on the road almost for the whole of 2021.

In addition, Rapid Vienna also have a poor h2h record against other Belgian opponents as well.

By the looks of things, expect Genk to grind out a win this Thursday.

Furthermore, considering this is a crucial game for both teams, expect a competitive game throughout, and judging the defensive stats of either, anticipate goals in huge numbers as well.

Tips for Genk vs Rapid Vienna