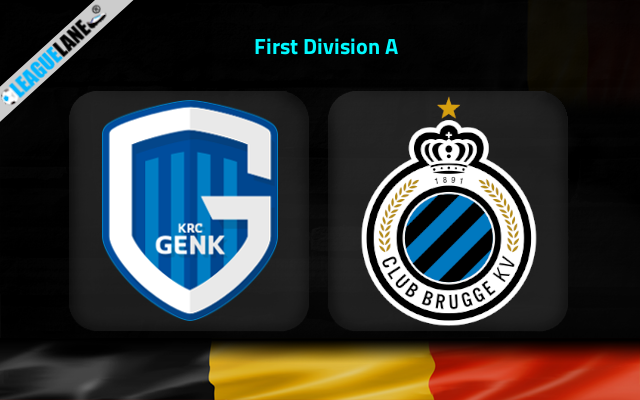 Genk vs Club Bruges Predictions and Free Tips from our expert tipsters when the teams go head-to-head in the Belgium Jupiler League on Sunday, 8 January 2023.

Genk’s impressive displays since the start of this season helped them to climb into top spot in the league standings. They have lost just twice and are in possession of the best attacking and defensive side of this season.

The league favorites for the past several years, Club Bruges will be their rivals on Sunday. Bruges have had an average campaign this season and are currently having an inconsistent run following a streak of three winless games.

Club Bruges are on a five-fixture unbeaten streak against Genk at the moment. The reverse fixture had finished in a 3-2 win for Bruges.

At this venue, Bruges won three of the last five meetings against Genk. The last six meetings at this stadium had goals over 2.5 ft.

Who will win the match between Genk vs Club Bruges?

We are expecting a win for Genk despite of the h2h supremacy of Club Bruges. The major reason for backing Genk is the current form of these two outfits.

Bruges are on a two-game winless streak on the road while Genk won the last five home outings in a row. In fact, Genk have not conceded a defeat at home this season.

Genk netted in a total of 15 goals over the course of their last four games. This numbers alone assures over 2.5 goals bet.

Knowing that around 60% matches played by Bruges had over 2.5 goals ft, we have enough reasons to expect this match to have goals over 2.5.

Although Genk owns the best defensive side of this season, we expect them to leak one from this Club Bruges offense. Their recent h2h tradition also suggests a both teams scoring display.

By the looks of things, we like to back Genk to seal a win and like to place it as the main betting pick at 2.10 odds. Over 2.5 goals at 1.60 odds seems to be a decent alternative considering the goal trend of Genk.