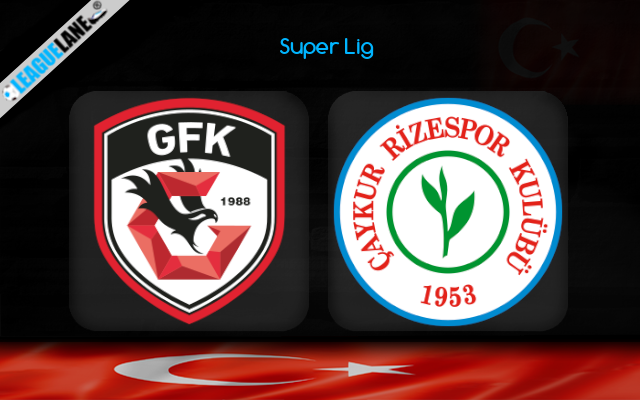 Gaziantep had a disappointing form throughout this season. Their displeasing recordings resulted in their positioning on the table. They are currently at the edge of the relegation zone of the table with 7 points difference. Therefore, they wont be facing relegation.

Gazinatep recorded a 3-0 defeat on road against Alanyaspor in their most recent league fixture to wove a thread of seven subsequent games without a win. Such a streak shows their slump but when facing a relegation battler in the upcoming fixture, it will count little.

Meanwhile, Rizespor had a dreadful season with the possession of the second worst defensive line-up. They are inside the relegation zone and will be facing it as they wont cross the spot with a possible three pointer from their only outing left this season.

Rizespor recorded a 1-2 defeat at home against Sivasspor in their most recent league fixture. They were on the back of two subsequent winning games in the league before recording the above defeat.

The home form of Gaziantep looks so impressive when considering their position on the table. They have only lost once in their total home league outings this season. Such a run will only boost them to wrap this season with a positive.

On the other side, Rizespor have tried their best of late to find a spot outside the relegation. In that process, they have recorded a couple of victories on road too.

However, the excellent home run of Gaziantep easily overshadows the temporary recordings of Rizespor for sure. The advantage of home is more than enough for Gaziantep to wind up this season with a positive display.