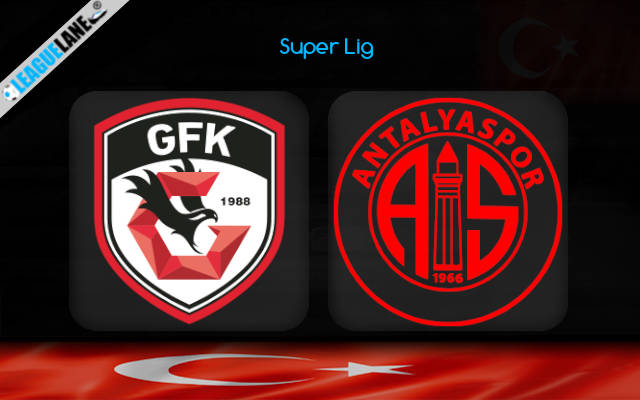 Gaziantep might be on a good stretch of performance lately but it needs to be noted that they had secured a bottom-tier finish in the Super Lig the last season. And they will be facing an in-form Antalyaspor, who were at the top half of the past season.

Antalyaspor are on the back of a 5-2 win in the past matchday against the title holders Trabzonspor. It also need to be mentioned that they had improved their form quiet positively after facing a 0-1 defeat against Galatasaray.

Meanwhile, Gaziantep enter the tie unbeaten in three straight games. They have won two and drew one of the previous three league outings.

By the looks of things, expect a highly competitive affair at Gaziantep Stadyumu the coming Friday when Gaziantep play host to Antalyaspor in a Super Lig fixture.

Antalyaspor haven’t won against Gaziantep when they’ve played them away from home in the last four league games. But, they are unbeaten in two of those.

Meanwhile, Gaziantep remain unbeaten in the league by Antalyaspor in their previous seven clashes. The home advantage will be a big plus for them as they follows a 6-game unbeaten streak.

They won each of the past four home fixtures with an impressive display from both the goal scoring and preventing side. On the other side, Antalyaspor have only won once in the past 5 away games. Their only positive display of late was against the newly promoted Umraniyespor.

Since the hosts are having an impressive form in both overall and head to head fixtures, we back them to seal a win against this Antalyaspor on Friday.