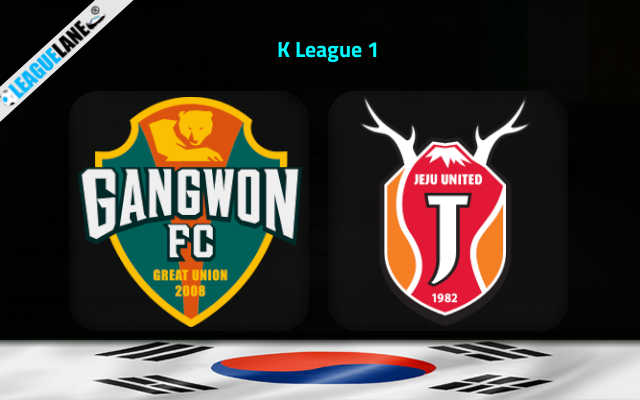 Jeju are placed third in the table and have been one of the top performers this season in the Korean top flight. They have been scoring goals in plenty all along and they have set themselves an objective of breaking into one of the top two positions.

Likely, fans will be happy about their upcoming encounter. They are pitted against one of the worst teams in the league – Gangwon.

Not only are Gangwon placed second to last in the table, but they have been conceding goals in plenty in the past several weeks and they have found it difficult to find the back of the net as well.

Especially in most recent fixtures they have been going through a totally worrying streak.

By the looks of things, anticipate a victory for Jeju United this Sunday.

On the other hand, counterparts Jeju United were unbeaten in 14 of their last 18 overall games and in the process, they had gone on a 4-match winning streak. Moreover, they had also won five of their former nine road trips.

Taking into account these observations, expect a win for Jeju this Sunday.

Tips for Gangwon vs Jeju United