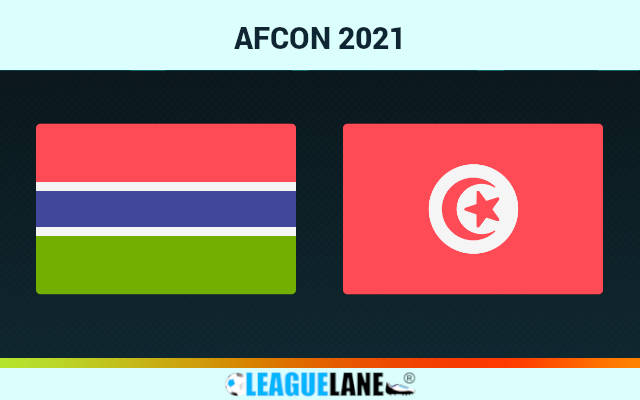 Gambia is leading Group F even though they are playing their first ever AFCON tournament. They are in the zone for play offs and a win would certainly seal their top spot. Tunisia, the former champions are still at third spot. Among the ranking of third placed teams, Eagles of Carthage is second with lacking a point from Cape Verde. The final round of Africa Cup of Nations group stage is scheduled this Thursday at Limbe Stadium.

Gambia won the opening match against Mauritania by 1-0 and drew against Mali at the dying minutes of the game earning a 1-1 draw at the end. They currently have 4 points and has placed themselves in a pole position on the group.

A recurring trait of more recent games involving The Ferry Boys is the number of nil results in them. Three out of their previous 6 games saw only one side scoring. Also, each of their last 7 matches has produced under 2.5 goals, underlining their low scoring nature.

Tunisia paid the price for catastrophic refereeing in their opening game against Mali, but they also took a fair share of the blame for failing to use their chances accepting a 0-1 loss. They however gained a staggering 4-0 win over Mauritania on the second schedule earning them 3 points.

A tendency of at least one team not getting on the score sheet in games featuring the Eagles of Carthage has become noticeable of late. Previewing their last 6 outings reveals that it has occurred 5 times. With just two clean sheets in the last 5 matches they will be targeting an improvement in attack.

Wahbi Khazri had his penalty being saved against Mali but Tunisia got the best out of him as the forward got onto the score sheet twice in the win over Mauritania.

We expect a win for Tunisian side as their last win helped them elevate their form and confidence. Also, Gambia need a point in this game to be book a ticket in the Play offs and seeing that they don’t have the players of Tunisia’s caliber, they may use a defensive approach.