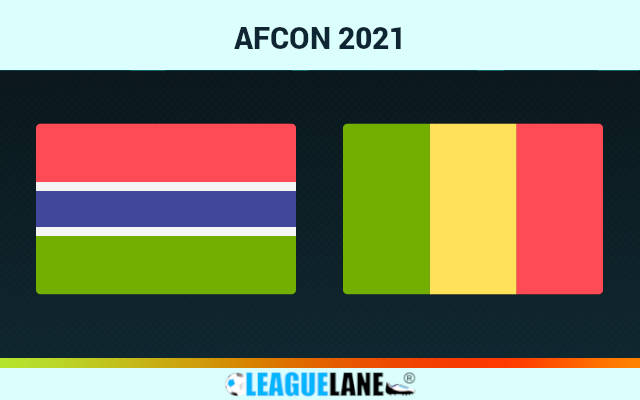 A cagey affair is expected at Limbe when Gambia and Mali lock horns in the Second Round of Africa Cup of Nations fixture on Sunday.

On Matchday No 1, Gambia were away at Mauritania and returned with a win. Things will be tricky for them as they face Mali who has also won their first game.

Mali have already put 3 points on the board, thanks to their 0-1 win against Tunisia. They are sure favorites to win the group as well. And they have a chance to extend the lead at the top against one of the teams looking to dismantle them.

Mali have been performing up to the expectations in previous tournaments. They begins AFCON similarly with a win over Tunisia for 0-1 on road. They will enter into this tie with higher spirits.

They are having a 8 game unbeaten streak across all competitions and will be looking to extent their winning run with their strong spell of form. They have won five straight games too.

Above stats aside, they have been successful in scoring goals and defending their opposition from scoring goals in last 7 International matches. They are capable of extending that trend in this tie too.

Gambia, meanwhile, is having the home advantage but that will count little when they face this in-form talented youth from Mali.

Gambia started this campaign with an away win against Mauritania after they ended up the Qualifiers with a lose against D.R. Congo.

At home they have won four of their last 10 games which doesn’t look much impressive in this match up.

Therefore, we are predicting a comfortable win for Mali at the end of 90 minutes. It will be a low scoring match with Mali possibly scoring a clean sheet against this Gambia outfit.