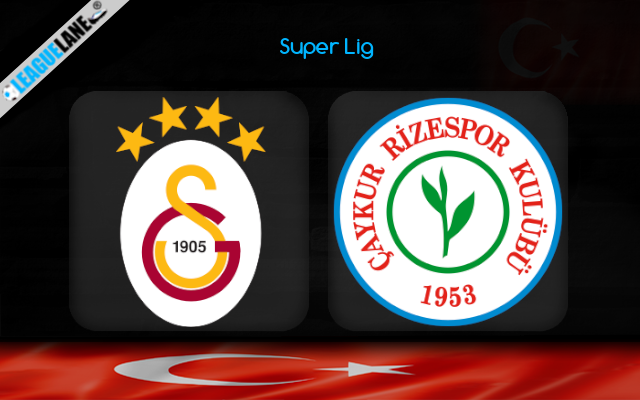 Galatasaray have managed to find a spot clear from the relegation spot by sealing points from their recent league fixtures. They sits 13th on the table with a total of 32 points.

They have won against Goztepe in their most recent league fixture away from home. They have scored three goals in that match while conceding two from the opposition. In fact, they have been conceding goals since many fixtures.

Meanwhile, Rizespor have lost their most recent league fixture at home against Basaksehir. They have leaked two goals in that match. With that defeat, they follows four-game winless streak hoping to better themselves in the coming fixture.

They sits 18th on the table with 23 points. They have lost more than half of their total fixtures this season. Being at the relegation spot, they will enter their next fixture with lowest of spirits.

In Matchday No 27 of Turkish Super Lig, Rizespor will travel to Nef Stadium to face the hosts Galatasaray on Sunday. We expect a pleasant display from the hosts to the local supporters considering the above stats.

Galatasaray have been winless at home since four league games. They will be hoping to end that cold streak and they will have a chance here as they are facing one of the weakest side of this season so far.

Despite of negative results, Galatasaray have managed to score in most of their recent home fixtures and with that form we can expect them to score one here.

Knowing that the visitors are yet to record a win away from home this Super Lig season, we have enough reasons to back the home side to seal a win on Sunday. We are also backing the Both teams to score option considering the defenses of both.